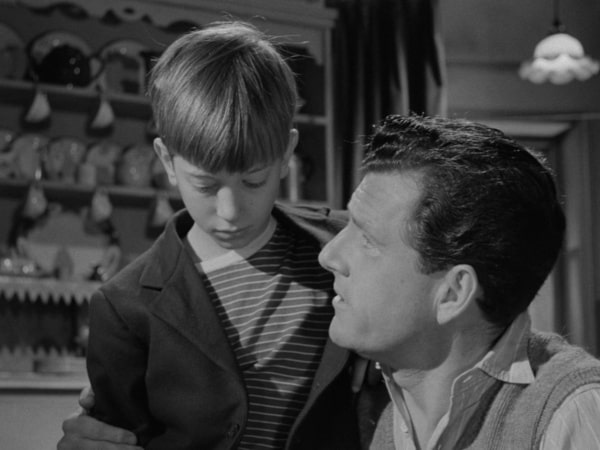 One of two young boys accidentally falls to his death when playing in a bombed-out London neighborhood. Frankie, the survivor feels guilty about his friend’s death. Len, a petty thief who has just killed a pub owner during a botched robbery, learns of the accident. He poses as Frankie’s friend and blackmails the boy into stealing from his parents to finance Len’s escape. When Len decides that Frankie may know enough to connect him with the murder, he decides to silence the boy in a tense “hide and seek” chase through the ruins.

The photography and editing in this film are first class, particularly in the climax. All very expressionistic. Actually very reminiscent of early Hitchcock. Also seeing London the way it was in 1952 ,with so many bomb sites is very nostalgic. However the story fails to grip due to its total implausibility and the use of too many clichés and coincidences. Whilst Sylvester makes a convincing villain his use of the boy in the robbery is rather beyond belief. Kenneth More as the puzzled father is just on the cusp of stardom. The next year he would appear in Genevive and the following year in the film which made his name, Reach For The Stars. Andrew Ray just seems a bit too posh to have lived in that environment and would surely have been rather more streetwise. 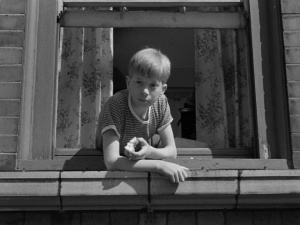 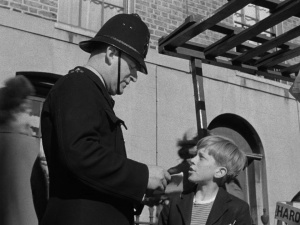 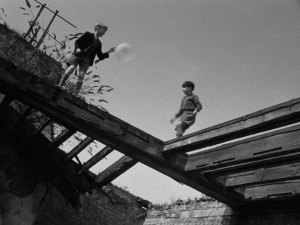 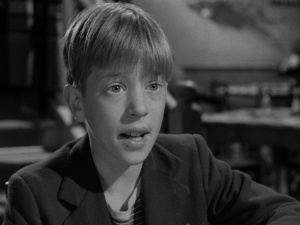 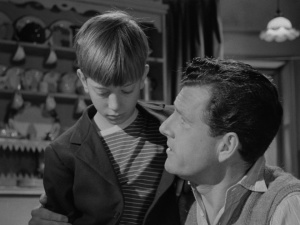 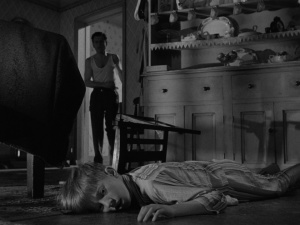 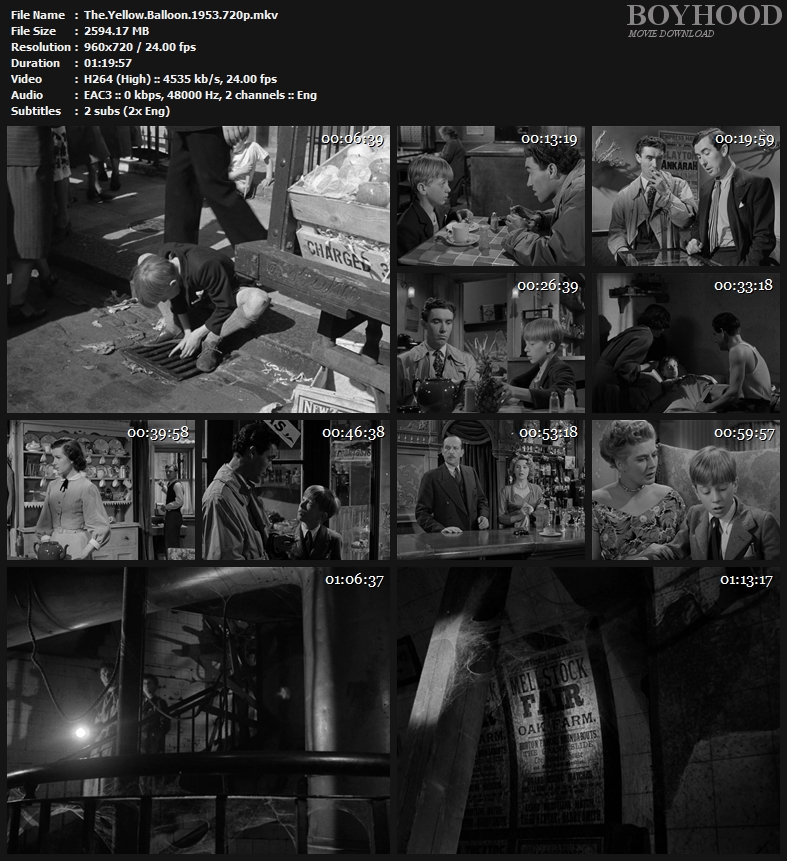 One Response to The Yellow Balloon 1953