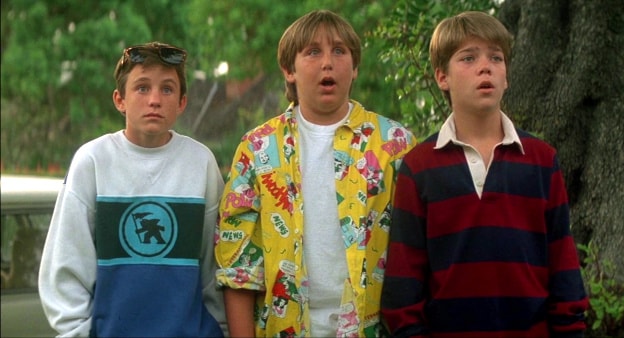 Dracula is alive. In fact, he plans to rule the world and that is why he seeks the help of other legendary monsters. However, a bunch of kids regarded by their peers as losers uncover the devious plan and prepare for a counter strike.

One hundred years ago, Dracula and other monsters survive to the attack of Dr. Van Helsing and his men to his castle with a magical amulet. In the present days, Dracula travels to the United States and arrives in a small town. He summons the Werewolf, the Mummy, the Swamp Thing and Frankenstein’s creature to help him to retrieve the amulet.

In the town, a man claims that he is the werewolf and goes to the police station to ask to be locked up in a cell. Meanwhile a mummy vanishes from the local museum and police detective Del (Stephen Macht) is assigned to investigate the case. When his son Sean (Andre Gower), who is a monster fan, learns the news, he joins his friends Patrick (Robby Kiger), Horace (Brent Chalem) and Rudy (Ryan Lambert) in his monster club to read a Van Helsing’s journal that was given by his mother. However the book is written in German and they are not able to translate it. So they asks for help from their weird neighbor that they call Scary German Guy (Leonardo Cimino) and they discover that they need to recover the amulet and a virgin to get rid off Dracula and the monsters. Meanwhile Sean’s little sister Phoebe (Ashley Bank), who is unsuccessfully trying to join the club, befriends Frankenstein’s creature. The unlike group brings Patrick’s sister (Lisa Fuller), who claims that is virgin, to read the passage that sends the monsters to the limbo. Will they be successful in their intent?

“The Monster Squad” is a highly entertaining cult movie with a funny story that entwines adventure, dark comedy and horror. This film is also a tribute to the Universal Monsters. There is a touching moment when the Scary German Guy tells to the kids that he has experience with monsters and we see a concentration camp number on his arm.