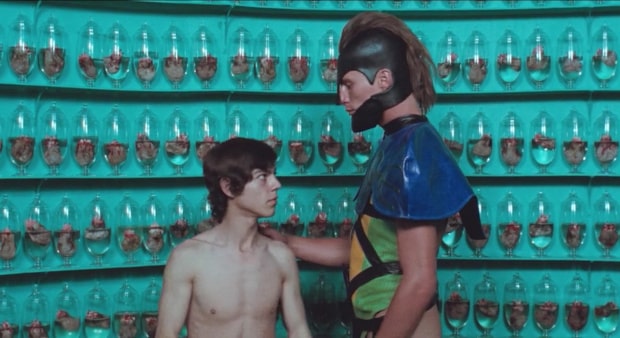 A Christlike figure wanders through bizarre, grotesque scenarios filled with religious and sacrilegious imagery. He meets a mystical guide who introduces him to seven wealthy and powerful people, each representing a planet in the Solar system. These seven, along with the protagonist, the guide and the guide’s assistant, divest themselves of their worldly goods and form a group of nine who will seek the Holy Mountain, in order to displace the gods who live there and become immortal.

A few months ago, I finally got to see El Topo, Jodorowsky’s legendary western-on-acid. Quite simply, it blew me away. It was just so strange, so weird, so utterly crazy…I don’t know, seeing El Topo on one viewing doesn’t mean you’ll be able to comprehend it well enough to describe it properly. I’ll give it a second view some other time.

Anyway….why I mentioned El Topo was because it raised the bar for what I could expect from The Holy Mountain, which promised to be even more of a mind-bending surrealist work than El Topo. For this is how, on the basis of a single viewing, I was prepared to judge The Holy Mountain – on just how bizarre it would get.

This may sound a little shallow, but The Holy Mountain is one of those films that requires several viewings to properly comprehend pretty much everything that goes on. On one viewing, all you can do is try and keep your eyes on screen and try to take in as much of the film as possible. Even if you don’t fully understand what’s going on, take in the experience. That’s what I did when I watched The Holy Mountain.

The Holy Mountain begins by following a man who’s best described as Christlike as he engages in his own journey from dying in the desert to a tall tower, where he meets a mysterious figure known as the Alchemist. The Alchemist recruits the man for his own plan, which involves bringing together several “thieves” from around the world so that they can embark on a quest for immortality atop the eponymous mountain.

All this is a loose framework for Jodorowsky’s trademark elaborate set-pieces – they’re big and they’re utterly loony. I don’t think I’ll bother spoiling any of them, but take any scene from the movie and it’ll likely have a large, weird-looking set and at least one or two freaky-looking people drawing your attention. One thing that kept preying on my mind the whole time was just how unbelievable the whole idea of The Holy Mountain was. Like El Topo, it was an epic without a wider appeal, and that jarred me for some reason. It just keeps getting stranger and stranger until the end, which I will have to say was utterly unpredictable.

The Holy Mountain is truly one-of-a-kind. It’d be pretty easy to say this film isn’t for everyone, but it isn’t. If you’re into movies that don’t make sense on the first time (or even the 10th time), I’d recommend this. Or if you’re just looking for one intense filmic experience, it doesn’t get much more intense than the imagery of The Holy Mountain.

I’ll end this review now – I’ve run out of synonyms for crazy. 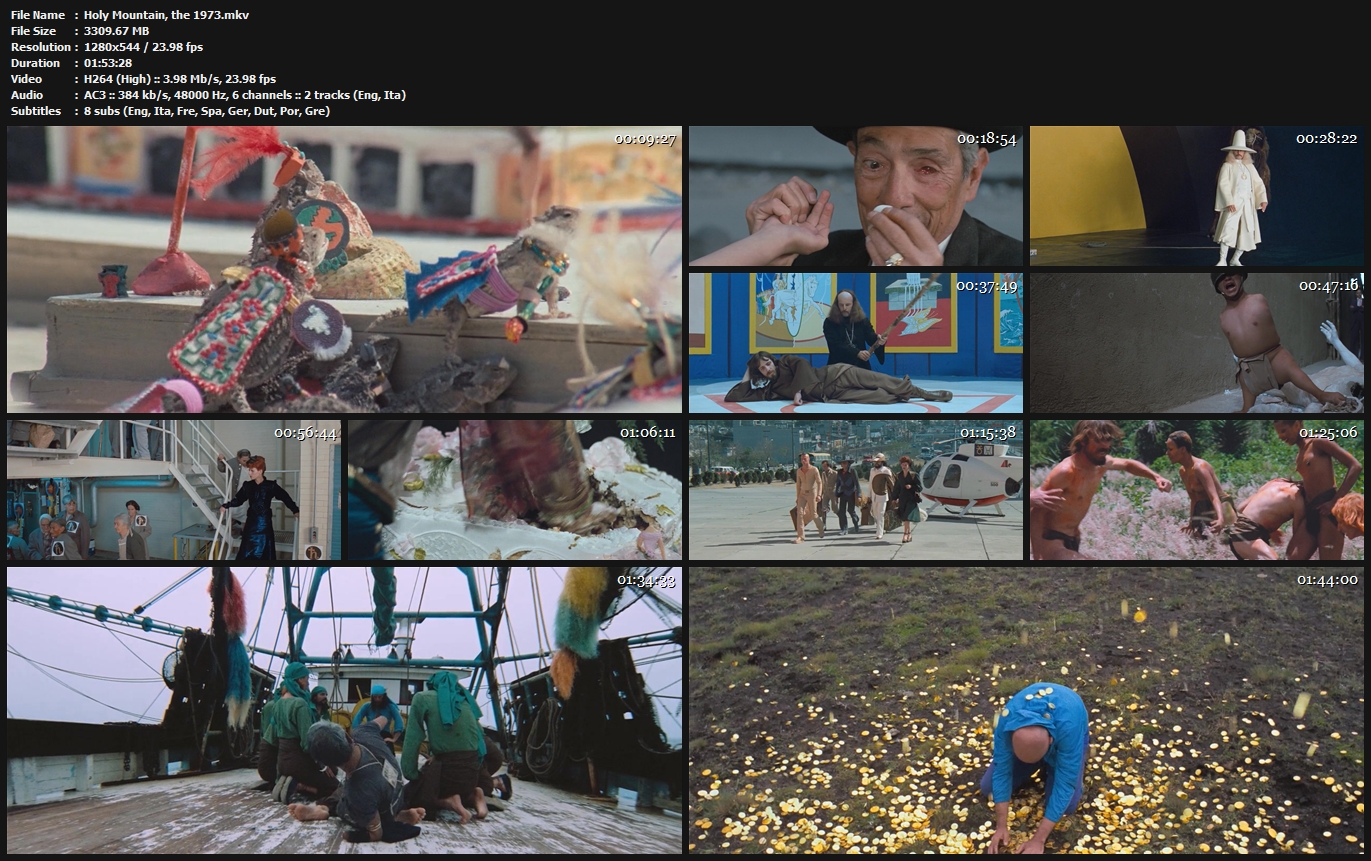 One Response to The Holy Mountain 1973