Ezra Dewey stars as 12 year old Dylan Jacobs, a mute boy who moves into an apartment with his dad (Rob Brownstein) after a tragic incident on “a quiet summer night in 1989” leaves Dylan without a mother. Dad works the graveyard shift as a disc jockey, so Dylan is left alone their first night in the new place. Dylan discovers a leather-bound “Book of Shadows” in the closet. Left behind by the previous owner – an old man who died in the place – the book has a chapter, “Wish of Desire”, which especially appeals to Dylan, who would love to have a “voice”.

As one would expect from a 12 year old, and just about anyone at any age, he doesn’t read the fine print in the book, and immediately prepares to perform the spell. All he needs is a couple drops of blood, some candles, a clock and a mirror. The only question is whether the spell will work with sign language. By this time, we’ve also learned that a previous lung operation has Dylan dependent on his inhaler when he’s stressed – something we horror fans recognize is going to happen not long after he lights that candle.

Of course this is no genie-in-a-bottle granting wishes. Nope, Dylan soon learns it’s a supernatural being that takes the form of those already dead – some Dylan recognizes and some he doesn’t. The Djinn is the “guardian of the shadow realm” and the challenge for Dylan is to stay alive until midnight while the entity tries to end him. What makes the film click is the performance of young Ezra Dewey. He carries the film on his back while, obviously, dialogue is not an option. Having a clever and quick-thinking young protagonist gives us someone to root for. The filmmakers wisely stage this confrontation within the confined space of this small apartment. DP Julian Estrada does excellent work and never resorts to trickery – we understand the floorplan and always know where Dylan is at any moment. 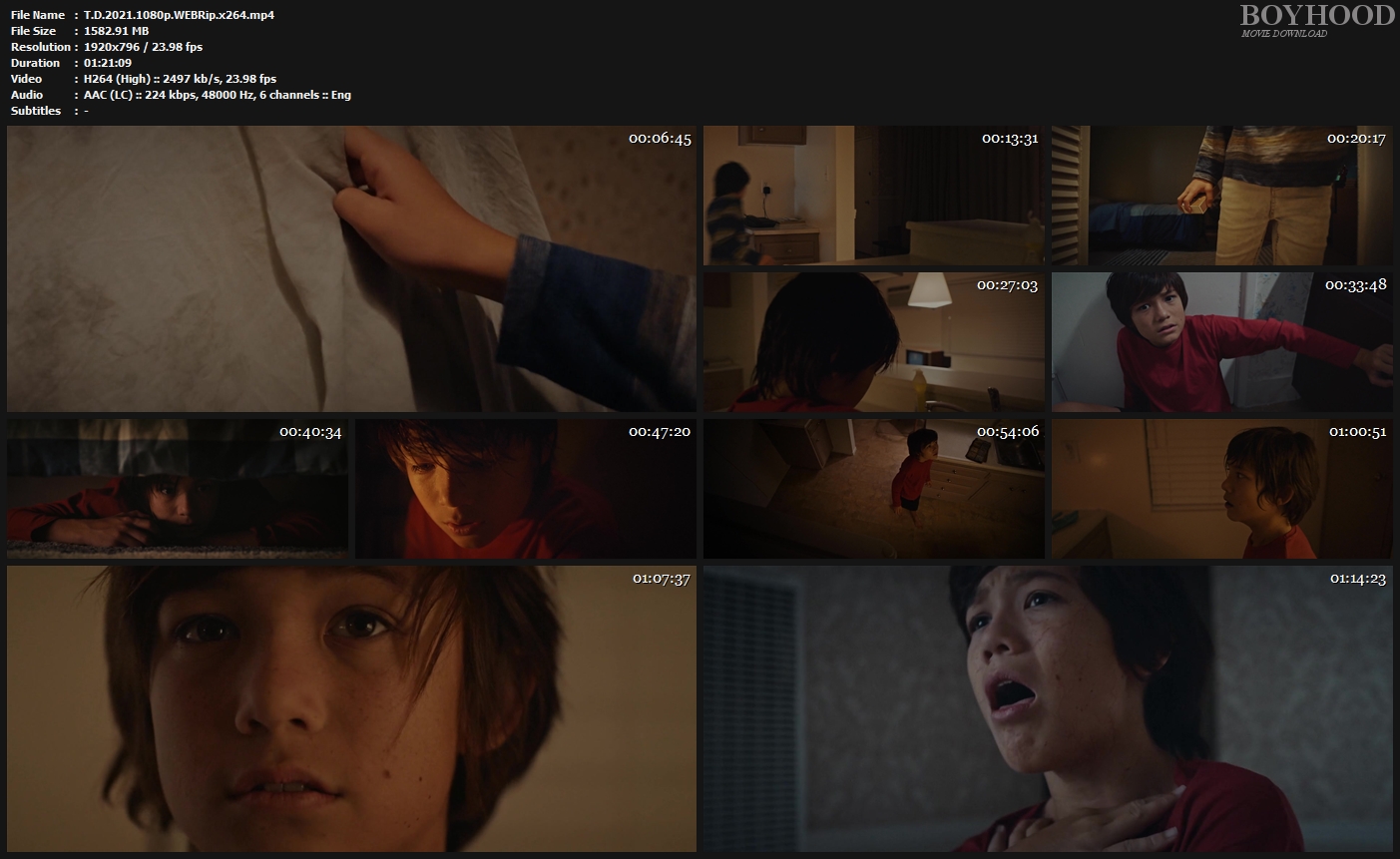