Two ultra-precocious Upper West Side twelve-year-olds, Franny and Jamie, are best friends. Jamie, the “new boy” in town, has experienced his parents’ divorce and guides his friend Franny in the art of surviving her own folks’ imminent split. Franny senses the divorce because she has been secretly watching her father arrive home at 5:00 every morning and pathetically try to brush off (to his wife) and hide (from his daughter) the fact that he has been away all night. She is down in the dumps and finds a kindred spirit in her buddy Jamie, whose mother and father split up long ago. He points out the advantages of being a “child of divorce” – and is so persuasive that he almost convinces himself as well as Franny. When Franny connivingly convinces her parents to let her go to a sleep-over with Jamie, they explore their budding curiosity for the opposite sex. When Franny’s mother finds the book “The Joy of Sex” in her daughter’s bedroom and discovers that her daughter has deceived her, four frantic “adult” couples converge on the sleep-over site, Jamie’s father’s swanky, fantastical bachelor pad, to catch the two young ones in a compromising position. Ultimately, Jamie and Franny realize that, in order to survive the undeniable disadvantages of their parents’ divorce, they must try to weather the hard times together as friends…if not more.

Rich Kids is a wonderful movie, in so many ways. It depicts a time (the late 70’s), a class, New York City, and divorce (which was then becoming a social phenomena) perfectly. However, the main reason to watch this film may very well be to see the then adolescent Trini Alvarado at her best.

The Cast is full of great actors, including John Lithgow and Canada’s own Roberta Maxwell, but the standout is Alvarado. Her guileless and tender performance is so brilliant that one is almost hypnotized. Alvarado plays Franny as your typical adolescent girl – curious, too smart for her own good, a little daring – but lets her own qualities poke through, and makes her Franny seem somewhat frail, potentially tragic.

There is always a sense that Franny will crumble under the weight of bad news (like the announcement of her parents divorce), and in some scenes this sense fills the room. The other actors are electrified by this, and give wonderful performances. The scene in the Chinese restaurant – when Franny’s parents finally break the news – is heart-breaking…and a little funny.

This is one of two Alvarado movies that are absolute Must See’s. The other is Times Square, in which Alvarado once again plays a variation of the seemingly-emotionally-frail poor little rich girl. Once one sees both these movies, one realizes what a rare quality Alvarado had at the time. The only actress to compare is a young Sarah Jessica Parker, but by the time Parker was an adolescent she was too much of a board-trodding, song-belting, Broadway-trouper type to be able to let go and open herself up the way Alvarado could.

Watch Rich Kids with this in mind: you are watching a brilliant, unencumbered, child actor at work. Pure acting from an adult is rare enough, but from a child actor, it is priceless. 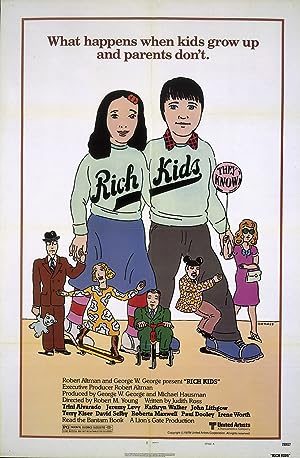 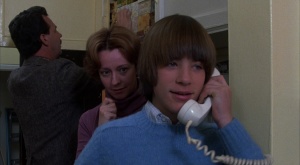 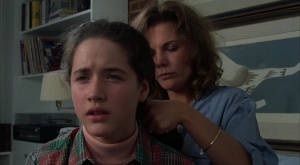 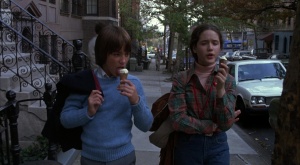 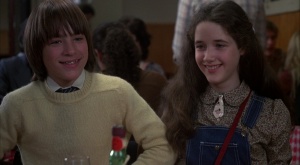 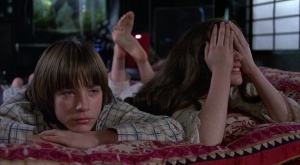 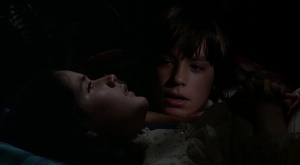 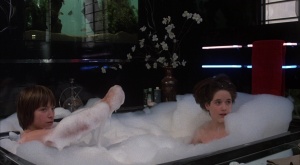 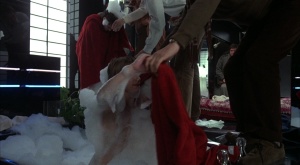