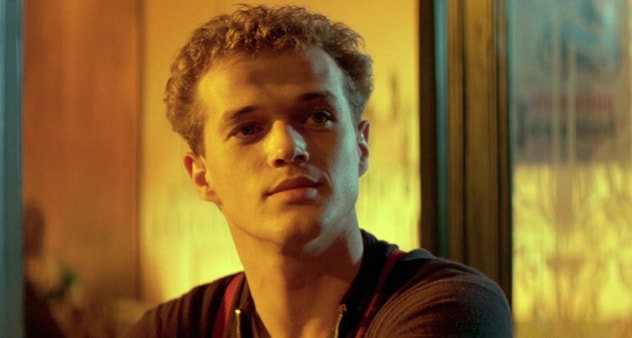 A handsome sailor is drawn into a vortex of sibling rivalry, murder, and explosive sexuality.

This is one of the best gay movies ever made. Fassbinder sets the story of Genet against a theatrical environment, which almost has similar looks as ‘West Side Story’ (The fighting-routines were inspired by the choreography of Jerome Robbins). This nostalgic background puts the poetical lyrics more into place, as we see the story of a young sailorboy develop and self-destruct. ‘Querelle’ the sailor is played by Brad Davis and his performance is equally as good as in ‘Midnight express’. And yes, it is him who’s being penetrated on a table by barowner ‘NoNo’. 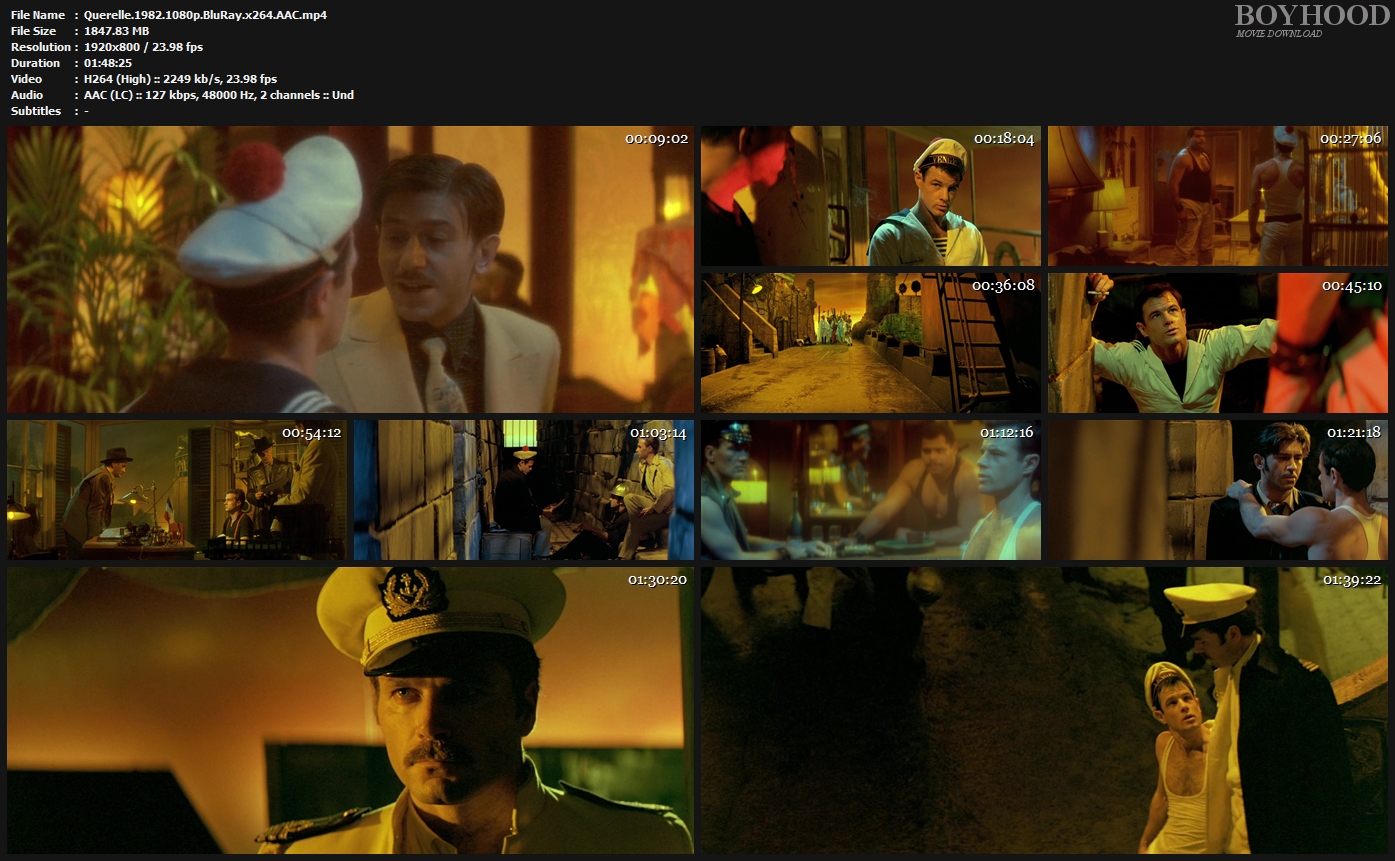