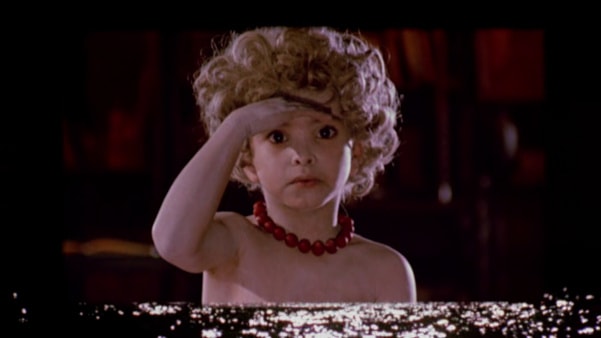 An exiled magician finds an opportunity for revenge against his enemies muted when his daughter and the son of his chief enemy fall in love in this uniquely structured retelling of the ‘The Tempest’.

I was absolutely in awe the first time I saw this film, but haven’t really been able to sit through it again (its mainly the shoddy VHS I own), but I plan to give it the time it deserves. First off, I love Shakespeare, and I knew the Tempest fairly well before seeing this. I can imagine enjoying it fresh, but honestly, its main pts are for those familiar with the play. That said, Greenway has created a grand piece of artwork with this film. I love plot, I miss it often (and its often missing these days), but I equally enjoy works that don’t use it or go beyond it. The visuals are lush, and Michael Nyman’s score is fantastic…Prospero’s Books is more experience than story, like a painting or a song.

Understandbly, Greenway is one of those filmmakers whose audience should be prepared for something different than the regular fare. I have a feeling my own attachment to the source material may be casting the film more glowingly than it deserves. The play has its flaws too, but for someone who takes the time it certainly rewards you well.

I’ll comment on the nudity, very briefly. Sex, sensuality, and natural forms are three things that can be very differently perceived, and Prospero’s Books deals with it in an adult (as in mature) manner, come that way and you’ll be fine. 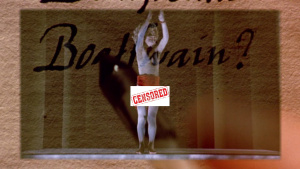 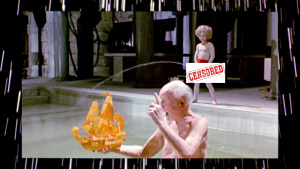 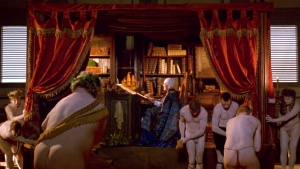 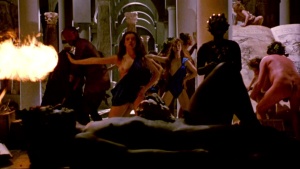 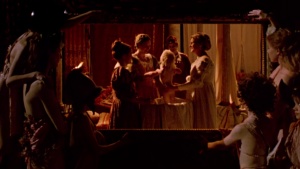 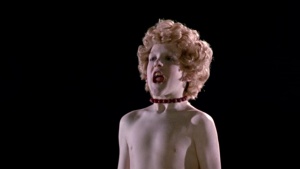 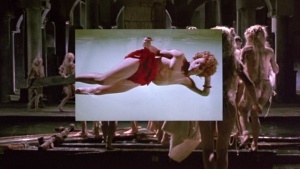 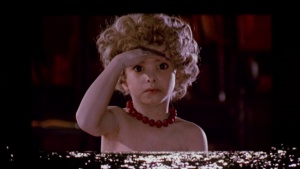 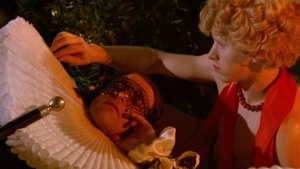 One Response to Prospero’s Books 1991