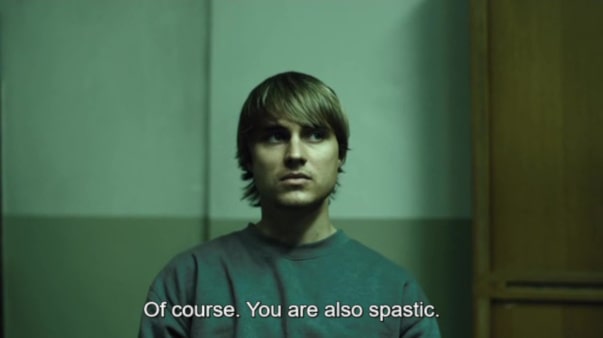 Kevin is new in youth prison. Due to over-occupancy he has to share a cell with Tommy, Andy and Marc. A partnership of convenience in a system where only the strong prevail and which is dominated by violence and latent aggression. Oppression and beatings are a daily occurence. It is hard for Kevin to establish himself. Especially Marc and Andy are after him. He’s afraid of not sticking it out. Only Tommy gives him an amicable advice: In this system, you’re either a victim or a culprit. If he doesn’t want to be a loser anymore, he has to start fighting. A piece of advice that will trigger most dire consequences…

This is not at all a movie which is condoning or even celebrating violence, and it is not a trivial story or dialogues at all, it was well researched by the director and (sadly) based on actual events in Siegburg. It cleverly and intensely shows the dynamics of violence, of how sadists start a climate where more peacefully orientated individuals start joining in in order to save themselves – which does not only teach us something about prisons but about human behavior in general. The movie was shown and well-received (with tears, not cheers)/understood/approved in juvenile prison facilities, which shows that it is not unrealistic or meaningless at all. It has the power to raise awareness and to reach people who otherwise never understand the mechanisms and consequences of their own behavior. It is a truly important movie, even if it is (therefore only 9 stars) an unpleasant movie – and this is the only reason for negative reviews: not because it isn’t true, but because it actually is true and humans tend to ignore and bury unpleasant truths. A great piece of work. 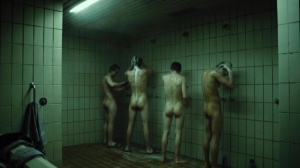 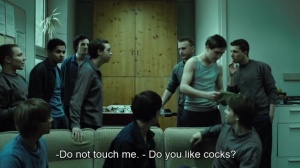 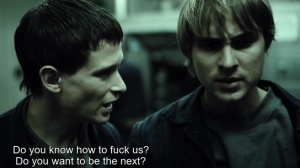 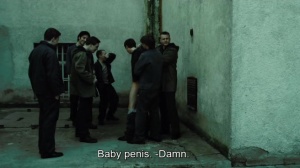 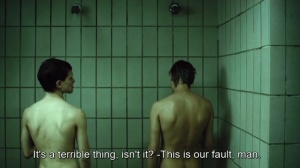 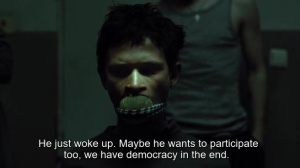