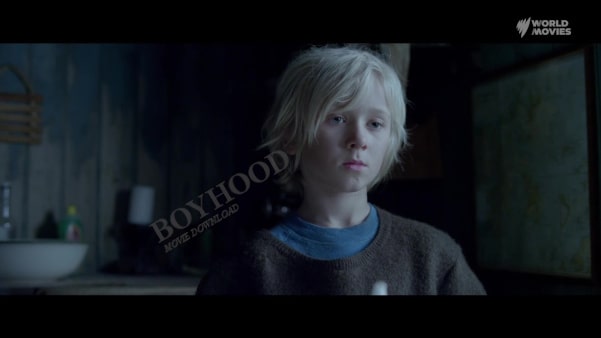 Julia and her twin siblings Sindre and Ida have moved to a small town with their mother. Desperate to reach their father, who is working in southern Norway, they secretly jump aboard a helicopter flying in his direction. Unfortunately, the helicopter changes its route, and soon they find themselves lost and alone on a deserted island. Now the three are forced to face the epic powers of nature, as both blizzards and hungry polar bears threaten their very existence.

I started the evening with no expectations on the film but what I was pleasantly surprised .. I have personally visited Svalbard and seen its beautiful scenery and i know how desolate the landscape can be. Because i have visited Svalbard I could even get a greater understanding of the the challenges the children were facing when they were fighting for survival. Both the music and how beautiful nature was filmed, gave this movie a deep, i was totally blown away in some scenes when nature was so magnifical that I could not help but to long for Svalbard.

A big round of applause for the children’s performance in the acting in general, there were a number of moments i thought to myself ,during the movie, how i would have done if i had ended up in the same situation as the children. But based on that judgment that it was children, I think their actions in the movie in critical moments was fully justified, for they had no experience in arctic landscape and its dangers.

The film starts up at a good pace and continue on the same path until the end of the movie. This is a must see movie if you love arctic scenery, if you are passionate about adventure and survival, because it is not often that such a well-made family movie in survival adventure genre is created. Thanks Norway for creating this movie!