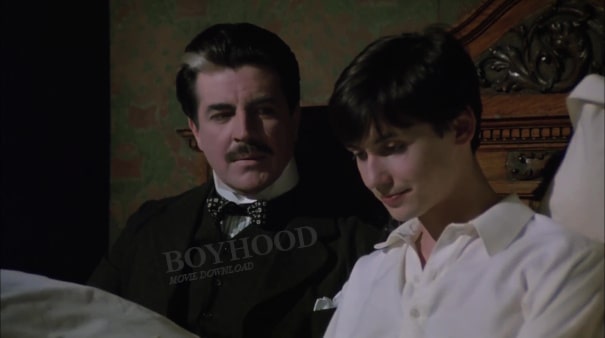 Set in the early 1910s at a time of passionate artistic experimentalism, and based on biographical fact, this is the story of Vaslav Nijinsky, the young and brilliant, but headstrong premier ballet dancer and aspiring choreographer of the Ballets Russes. The company is managed by the famous Sergei Diaghilev, a controlling and fiercely possessive impresario. The increasing tension between these powerful egos, exacerbated by homosexual desire and jealousy, becomes triangular when the young ballerina Romola de Pulsky determinedly attempts to draw the increasingly mentally unstable Nijinsky away from Diaghilev.

Purportedly factual biography of head strong and gay ballet dancer Nijinsky (George De La Pena). It deals with his slow descent into madness and his love for his manager (Alan Bates).

Lavish, well-done movie. I saw it way back in 1980 on opening night in a huge theatre in Boston. It was virtually empty. It was publicized to the hilt but it seems nobody had an interest in a ballet movie. Too bad. It was well-acted and the dancing by Pena was just superb.

My only complaint is the ridiculous R rating. It was given that because of a few (mild) kisses between Pena and Bates. Back in 1980 male on male kisses was enough to give a film an R rating and Hollywood wouldn’t go any farther in portraying a gay relationship (purportedly Pena, who is straight, was petrified of doing these scenes). Everything else is PG material here. The rating really should be lowered for wider acceptance.