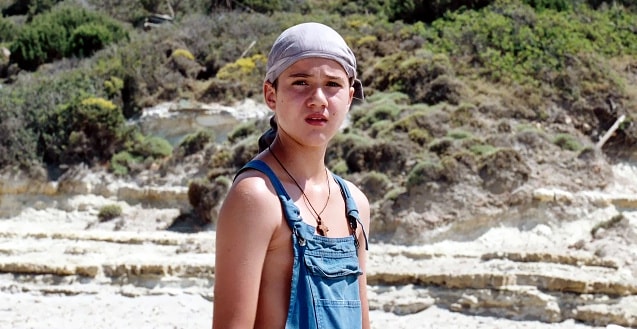 Yannis is a 14 year old boy who lives an isolated life with his dad on a small Greek island. After the death of his mother, two of them didn’t talk much. One day, Yannis finds a young pelican and decides to take it home. His friendship with the pelican, and meeting with the impulsive 15 year old girl, will mark a change in his life, that will eventually lead to reconciliation with his father.

Yannis lives with his father on a small Greek island. Since the death of his mother, his relationship with his father has deteriorated. The summer of his 14th birthday, his encounter with Nicostratos, a pelican and Angeliki, a 15 year old city-girl, changes his life.

Once you’ve overcome the fact that everybody on this Greek island speaks french, this is a rather quaint conventional coming of age and boy/bird/girl friendship movie with nice settings and photography, and good actors, including renowned film director Emir Kusturica (Black Cat White Cat, Underground, Arizona Dream, When Father Was Away on Business), without forgetting the great animal coaching of the pelicans.

A good film to watch with kids. 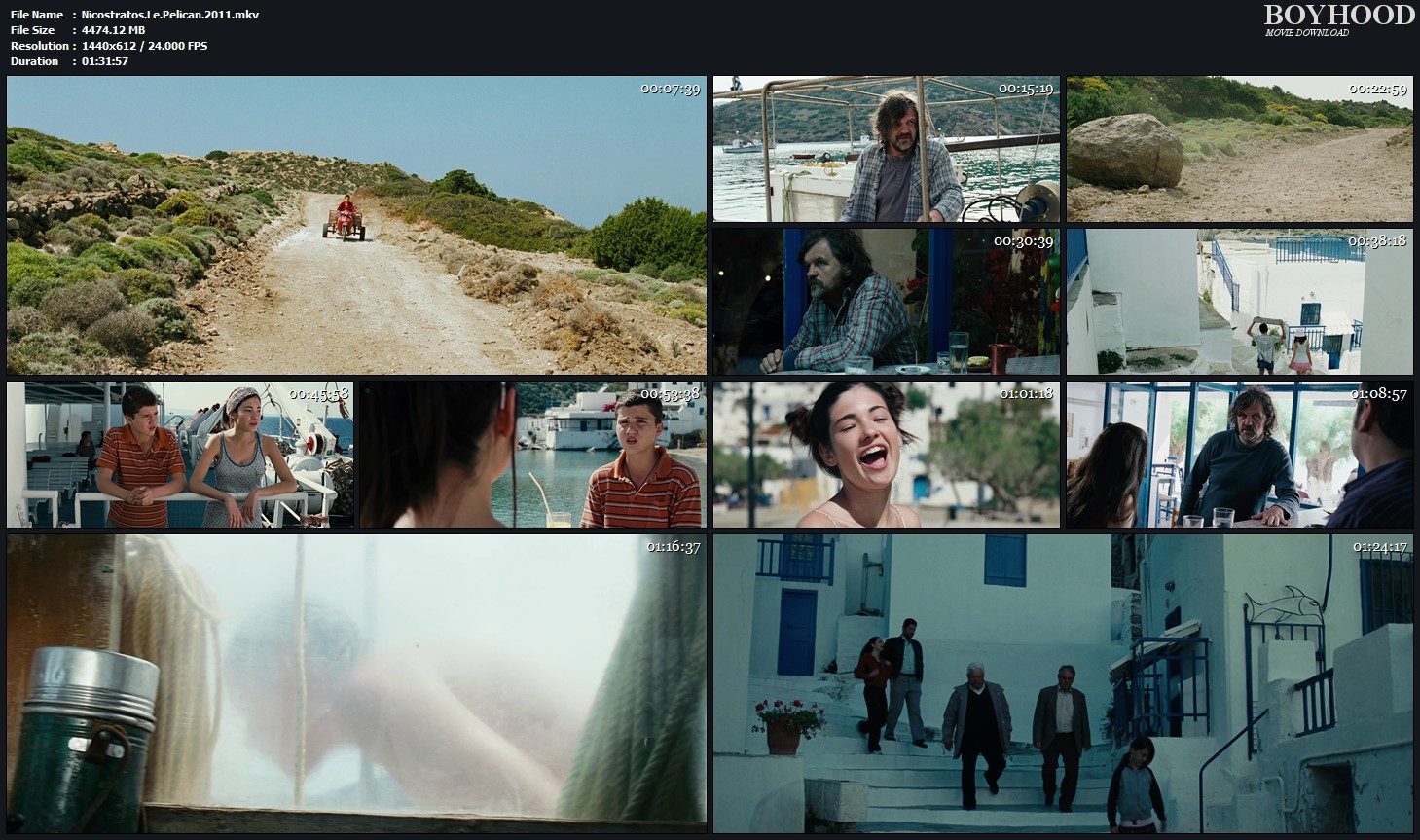