Murphy is an American living in Paris who enters a highly sexually and emotionally charged relationship with the unstable Electra. Unaware of the effect it will have on their relationship, they invite their pretty neighbor into their bed.

‘Love’ will most likely be discredited by many due to it’s sheer honesty, like many films of it’s kind are. Yet this honesty, as brutal and daring as it might seem, feels necessary to connect with and understand what the characters are going through, on an entirely new emotional level. In the words of Murphy, Gaspar Noe might have made the only movie that truly depicts ‘sentimental sexuality’.

‘Love’ has many subtle and not-so-subtle references to the underlying story and to the director himself. Gaspar’s mother is named Nora Murphy, while Murphy’s son is named Gaspar and Electra’s ex boyfriend – Noe. His favorite movie is Kubrick’s ‘2001’, while hers is Lang’s ‘M’, both of which seem to fuel Murphy and Electra’s behavior throughout the movie, where Murphy is often aimlessly overwhelmed with hope and desire, while Electra seems unable to forgive.

Gaspar Noe constantly cuts through the past and the future, using the techniques he is so familiar with since Irreversible. The movie abruptly switches between various stages of Murphy’s and Electra’s relationship, always cutting back to the present, where Murphy’s is in absolute emotional agony and despair, raising a child with Clara.

At times Murphy and Electra are so deeply engrained in one another that their fights and dialogues seem outright comical and immature, as if we are observing a 16 year- old couple. But this is truly where ‘Love’ stands out. Being in love feels and looks exactly like this, it’s raw, emotional and brutal yet foggy and sweet; when no one else exists or matters.

In one of Electra’s and Murphy’s conversations they talk about the sad reality that they are going nowhere and dragging each other down, they discuss taking a break. It is an extremely sad and emotional scene, where the thought itself brings so much fear into them, that they simply end up holding each other even tighter.

The script for ‘Love’ is only 7 pages long. It is full of beautiful and weird dialogues and extremely emotional, ‘free-played’ graphic scenes. These scenes however are not there to impress the viewer or open the doors to the unknown. This is also not a nymphomaniac-like sexual exploration. Gaspar Noe does a masterful job in showing us the true emotional aspect of love, in it’s raw and relatable form, sex.

The sound-score is stunning, with the music gradually changing depending on the mood and the context of the scenes. Even though a lot of times it seems like we are watching the same people ‘fuck’ in the same positions, different context, feelings and music make each of these scenes truly unique and mesmerizing on it’s own.

Noe also does a wonderful job in his minimalistic depiction of the story and the scenery. Murphy and Electra always wear contrasting colors, while the background is usually very simple yet fitting to them both. As if to say that when in love, everything should be seen through the eyes of the lovers.

‘Love’ might sometimes seem silly, overly graphic and way too sentimental, yet it hits all the right notes. 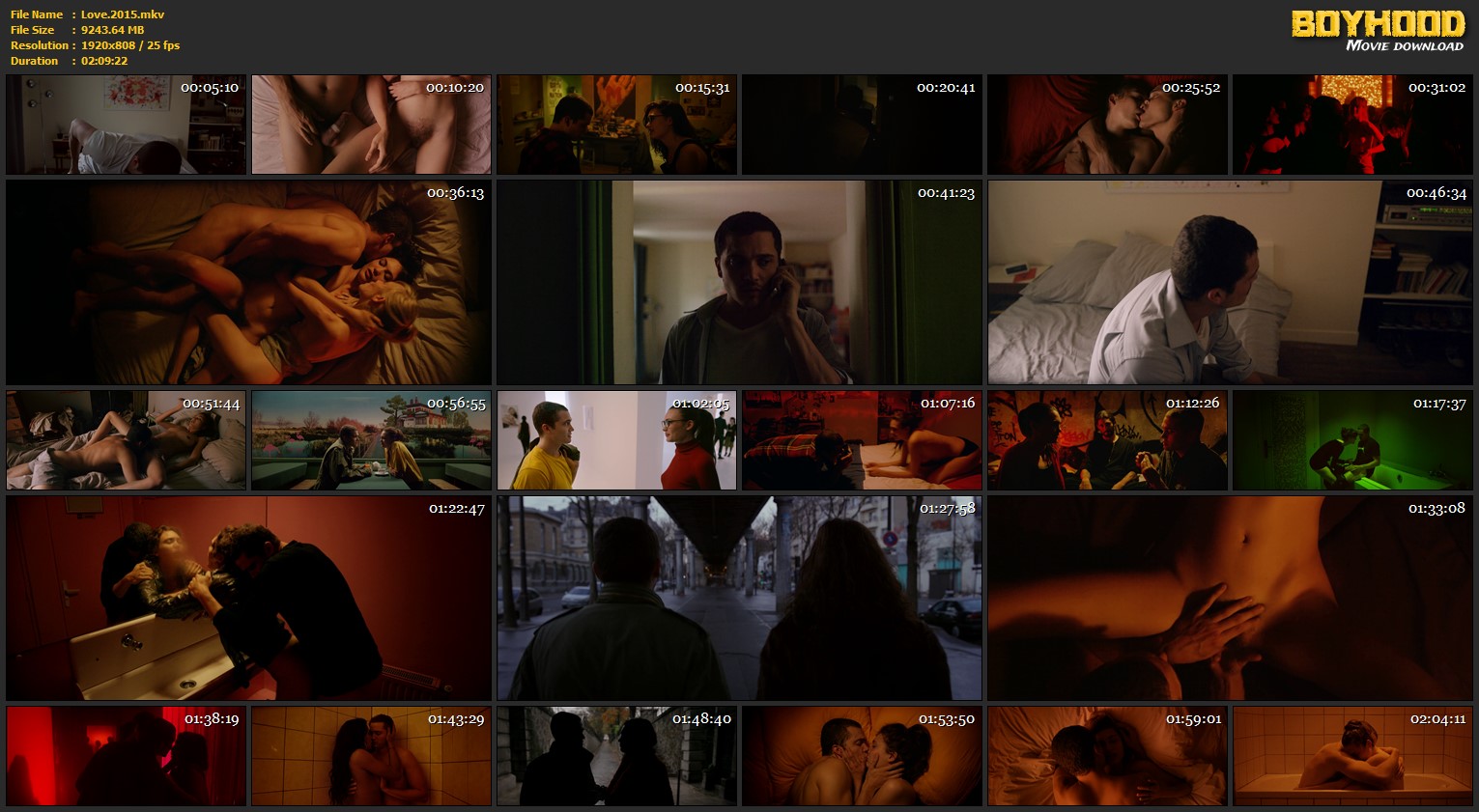