Set in the French countryside during the Great War of 1914-18 Pialat’s extraordinary seven episode TV serial extends the themes of his debut feature L’Enfance Nue, the director however having much more freedom and time to explore the nature of childhood and the impact on children abandoned by their parents. The series focuses on the experiences of three children (including even Michel Tarrazon, the young star of the earlier movie) living out in the country with gamekeeper Albert and Maman Jeanne on the country estate of a Marquis. The gamekeeper and his wife have their own older children, Marcel and Marguerite, but the three boys have been sent there by their parents who have been caught up in the war, the fathers called up to the front, the mothers simply unable to look after them in the present climate.

Pialat would claim that La Maison des Bois was his best work, and it’s not difficult to see why he would think so, the director having unprecedented freedom to direct his vision – so unlike anything else in conventional French cinema let alone television shows of the period – over an inexperienced crew, and indulge his technique over 6 hours of long naturalistic takes where very little of importance seems to happen. It’s certainly a bit rough around the edges in a lot of places, but simple and unostentatious, always finding the truth in the moment. Long sections of entire episodes are given over to extended scenes of picnics or of the family and children bathing outdoors in a bathtub, and particularly children playing, the director managing to capture in them the rhythms of life and the warmth of family relationships. When the real drama of the war and family loss does intrude into their lives, it is then done with subtlety and has all the more impact, the pain seeming to be felt by real people with real lives.

The theme of lost children is consequently also extended out to those young boys sent to die in the trenches, Pialat achieving the full import of the situation on the community without actually having to go to the front, contrasting for example the picnic on Episode 3 with a bivouac in Episode 4, and in a sinister war game played by the children that is a premonition of the death to come. Even the joy of the Armistice at the star of Episode 6 is tempered with the incredibly poignant and sad scenes of the children’s return to Paris. Pialat’s later films would delve deeper into life, love, death and relationships but they are all here to some extent in La Maison des Bois, with the same sense of complete authenticity, but seen very much here from the perspective of a young child. 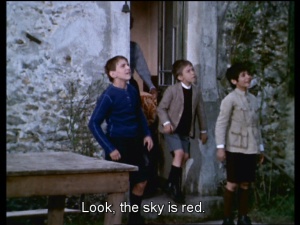 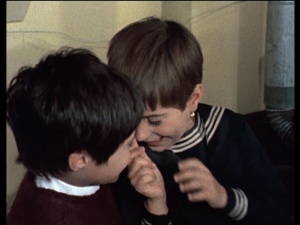 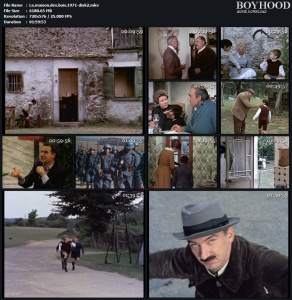 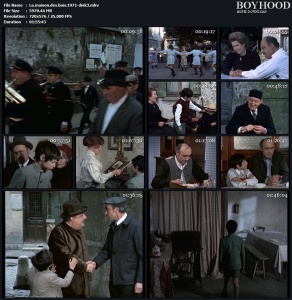