A day in the life of a group of troubled 15-year-olds growing up in west London.

A bold and brave film, that never pulls any punches. A group of teenagers living very negative lives see the suicide, due to bullying of a school friend and the schools closure as an excuse for a day out the streets. Some of the characters are implicit in her fate, but refuse to see their culpability. Utterly selfish and shallow, many may think that these kids deserve nothing from society they abuse at every turn. Its adults who despise and are frightened by them are mere counterpoints throughout the film. An English version of KIDS but without the horrible voyeurism?? Do these kids deserve better from society? Do they a represent a threat to society itself? These kids may be horribly violent, disrespectful, but are incredibly believable. They cannot see outside the confined personal friendships and conflicts, but we are left with a genuine sense of loss and despair at the end of the film. A remarkable and striking British film 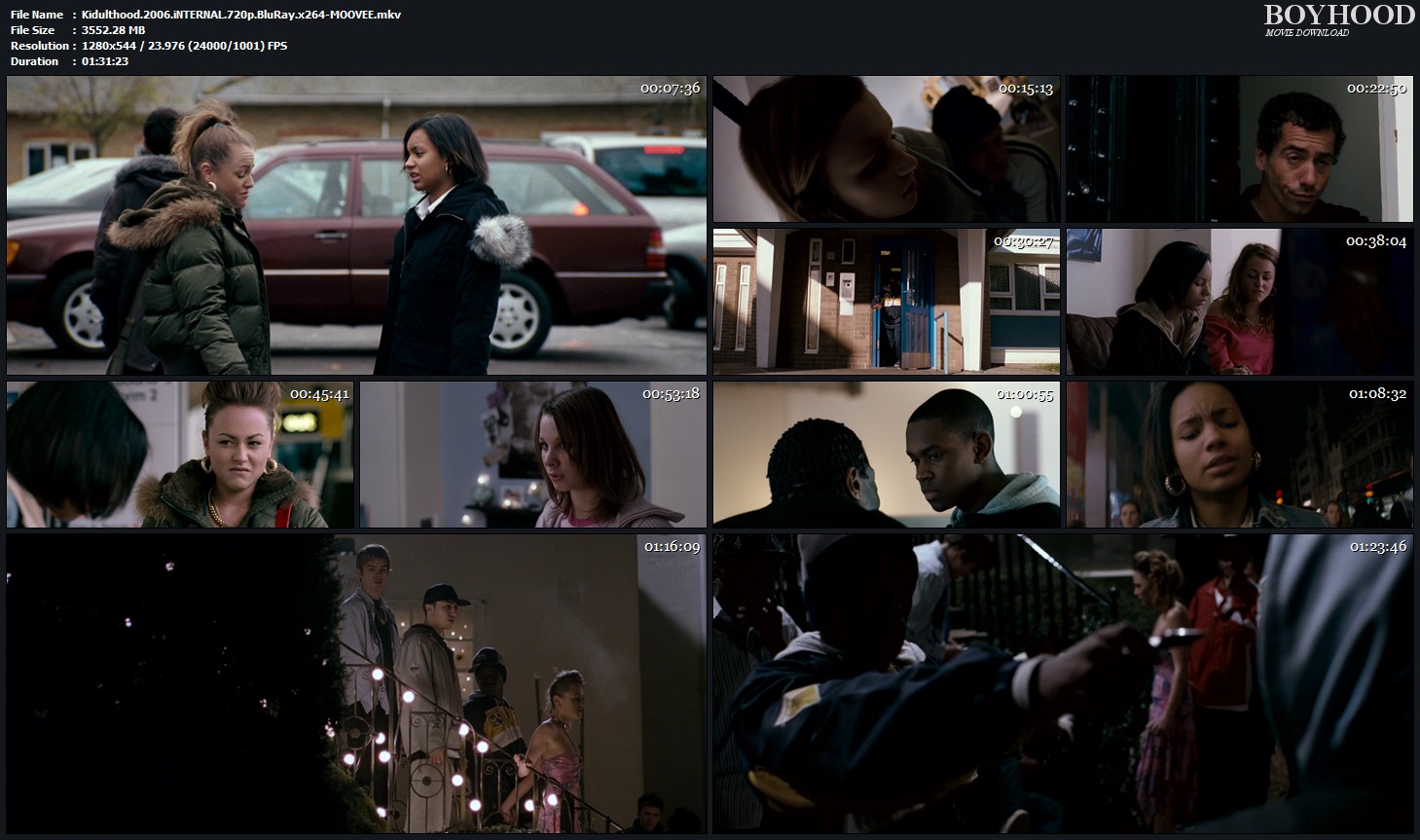