A 16-year old Icelandic boy’s first kiss with another boy gives him “jitters”–feelings he can’t deny. This is a well-written film that captures the confusion and excitement of being a teenager, with an attractive ensemble cast. The film follows the lives of several teens and the challenges they face, in particular with their parents/guardians.

I have to echo another reviewer who indicated that the star, Gabriel, a 16 yr old Icelandic boy, is the best thing about this film. He is very cute and appealing, but really only to gay viewers. He goes to Manchester, England, for a short school course, and meets another Icelandic boy, Markus, who seems to be Mr. Straight Boy, but in fact, is gay, and when drunk, they share a kiss. Back in Iceland, Gabriel reunites with his high school friends, a couple of girls and one guy. For the most part, their entire lives revolve around alcohol and parties. Now, it is well known that Iceland suffers from an alcoholism problem, but these kids just drink, and drink, and drink some more, mostly hard liquor. There is some drama among the girls who are hot for Gabriel, who is not hot for them, and for his friend Teddi, who is hot for any living female.Other drama includes a girl living with her impossible grandmother, another girl living with her drunk mother, and Gabriel’s divorced parents, who think his moodiness is because he is on drugs. If anything, this film makes living in Rejkavik seem terrible, since there is nothing to do but drink. The characters are shallow and uninteresting, and Gabriel is the only one worth looking at. 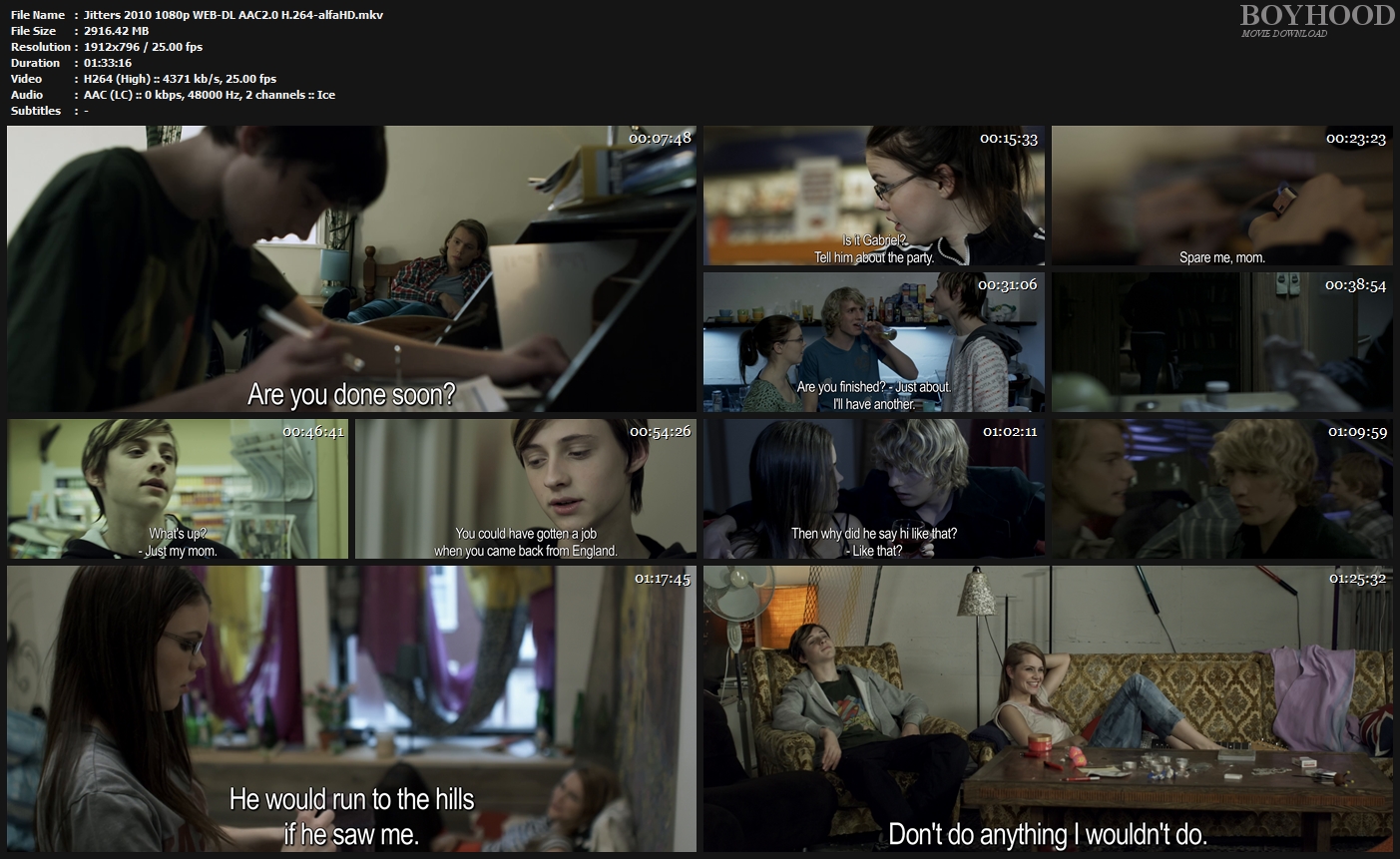 One Response to Jitters 2010