Boyhood movies download » English language » If There Be Thorns 2015

It’s the 1980s. Brother and sister Christopher Jr. and Cathy Dollanganger, a surgeon and ballet teacher respectively, are the product of an incestuous but loving relationship between their married parents, who were half-uncle to niece. Chris and Cathy are now married to each other, and live under the last name Sheffield, the surname of who ended up being their adoptive father. They managed to escape from their mother, born Corrine Foxworth, who once tried to kill them so that she could inherit her estranged father’s vast estate. Corrine, who ultimately did inherit all the money, was eventually institutionalized following a mental breakdown. Cathy has two children, teenager Jory, whose biological father is now deceased ballet dancer Julian Marquet, and preteen Bart, whose biological father is now deceased Bart Winslow, Corrine’s second husband. While Jory knows about Julian, Bart knows nothing about Bart Sr.; neither knows about Chris and Cathy’s sibling relationship. Chris treats both boys as his own, and visa versa. These secrets abound in the Sheffield home, despite Chris having a policy of no secrets. Despite the possibility of being found out, Chris and Cathy decide to adopt an adolescent girl, Cindy, one of Cathy’s ballet students whose mother has just died following an illness. The Sheffield house of cards could come tumbling down around them when, not by accident, Corrine, now out of the hospital and with her inherited wealth, moves in next door, she who wants to revive her relationship with the only family she has. She uses Bart as her pawn, he the insecure one in the family. But it’s the actions of a bystander who wants to continue with the fire and brimstone beliefs of Corrine’s now deceased mother, the religiously fanatical Olivia Foxworth, that may not only bring the house of cards down but kill many under its weight with Bart’s help.

Oh, how I didn’t miss this messed up family. Welcome, guys, to my review of the third (out of four) film in the Dollanganger saga. This time, Cathy and Chris are recast (again) and they have kids this time! Let’s see if the film series has learned from it’s mistakes of Petals on the Wind, or if it will go further down the rabbit hole. This is…

…If There Be Thorns. If There Be Thorns mainly follows the Dollanganger family several years after the end of Petals on the Wind, as their lives have finally fallen into a sense of normalcy. Things change quickly as a new woman moves in next door – and surprise, it’s Corrine! Bart makes fast friends with her, and after the butler gives him his grandfather’s journal, he starts making his way down a path that could lead to destruction.

This is probably the best film of the Dollanganger series so far, and I do mean that. Flowers in the Attic was good, but it had a lot of problems that made it annoying to watch at times. Petals on the Wind was just mediocre, which is one of the worst things you can say about a movie. This movie, however, this movie is more special. At first, I didn’t think this was going to be a good entry, but man, was I wronger than I’ve ever been before.

Let’s talk about the plot for a minute, because this plot is the most entertaining thing about the movie, along with the script. We meet Cathy and Chris’s kids, Jory and Bart. Bart is the best child, because his storyline is so deliciously complicated. I won’t spoil it, but it is so complicated that you find yourself wondering if Bart has something truly wrong with him, and it’s so intriguing to try and puzzle it out. Oh, and one more thing, what the hell is this series’s obsession with fire?

The script is great too. Bart’s borderline multiple personality disorder shines through, and some of the conversations he has with other adults and his own brother are downright chilling. A lot of the scenes have tension to them, and of course that wouldn’t be possible without the acting. The acting is really superb from all, but most of all Mason Cook, who plays Bart.

If Bart had been played by a shitty child actor, the grade would have dropped to a B or B-, I’m sure of it. But since he was played by such an amazing child actor, the personality traits that are meant to be shown shine through, and it works just so beautifully. One of the best parts of the entire film comes from a scene in which Bart gets angry at his adopted sister and does something that I won’t spoil, and the scene that comes afterwards is probably one of the best in the entire series.

The other actors did great too, though Heather Graham, who plays Corrine, is the one I was the most upset about. She didn’t feel like she did in the other films, she felt cold and distant, like she was only in it for the paycheck this time around. Other actors, including newcomers to the roles of Cathy and Chris, Jason Lewis and Rachael Carpani are really good, and probably the best in the series so far.

Overall, this is a very solid entry to the Dollanganger series. I enjoyed the film immensely, and while I still have some issues with how this series was built, this is the best in the series and one I would love to watch again. 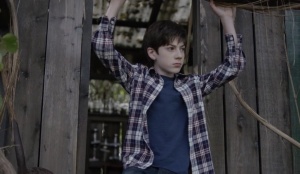 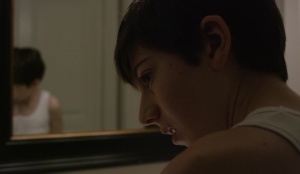 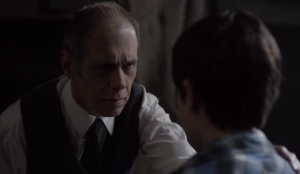 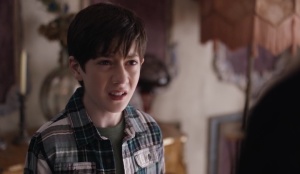