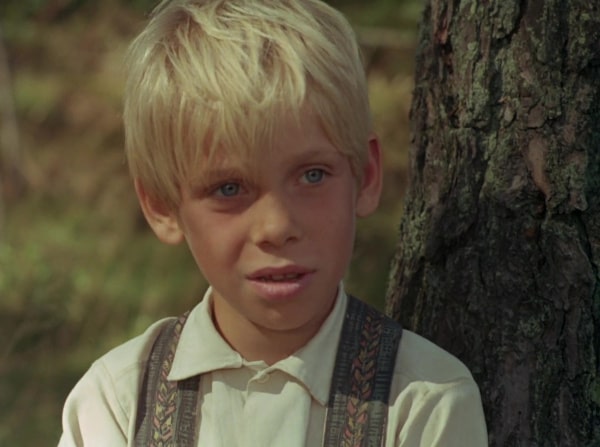 Josefin is a six-year-old girl who lives isolated in the countryside, where her father is a priest. She has no friends until she meets Hugo. He is a carefree boy who rather walk in the forest than go to school. Together with the gardener they make up fun things to do.

I saw this film in about 1972 on television. My mother recommended it. She knew a lot about movies. I thought it was the most beautiful film about childhood that I’d ever seen. I saw it again at the National Film Theatre in the mid-80s. If anything, I was even more impressed, perhaps because of seeing it on the big screen for the first time. I was so glad to find this on the database as this film seems to have been almost completely forgotten about. At the NFT, it was shown with a black and white short called “The Carp”, hailing from somewhere in Scandinavia, which was about a young boy’s friendship with a carp fish that his father has bought for Christmas dinner. He takes it and puts it into the swimming pool that his father is the janitor of, explaining to his father that “he wasn’t very well in the bath”. That also was a magic film. Does anyone out there know anything about it? But back to “Hugo och Josefin”: I remember this film so well. Everything about it is perfect. It is the only film I have ever seen that succeeds in re-creating what it actually feels like to be six or seven years old. It should be mandatory viewing in film schools and it should be recognised universally as a classic. Instead, it’s completely unavailable anywhere. If anyone has a copy of it, I would be eternally grateful for a chance to buy a dub of it. I don’t care how bad the quality is. 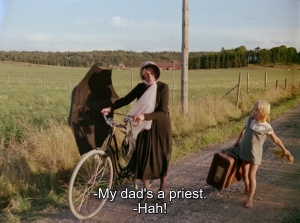 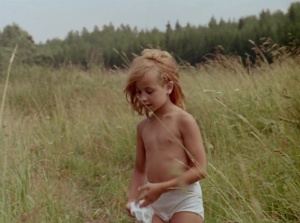 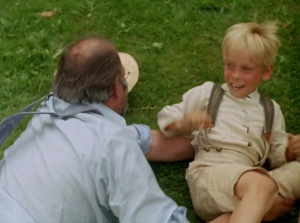 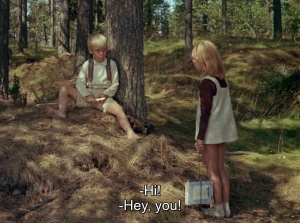 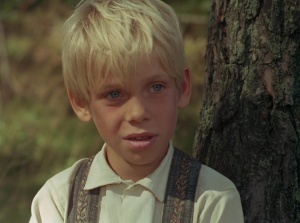 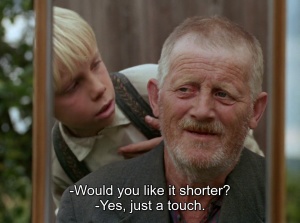 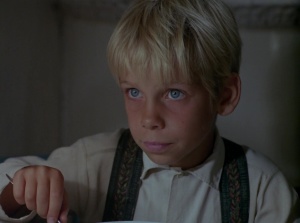 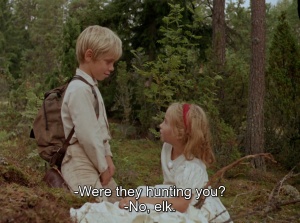 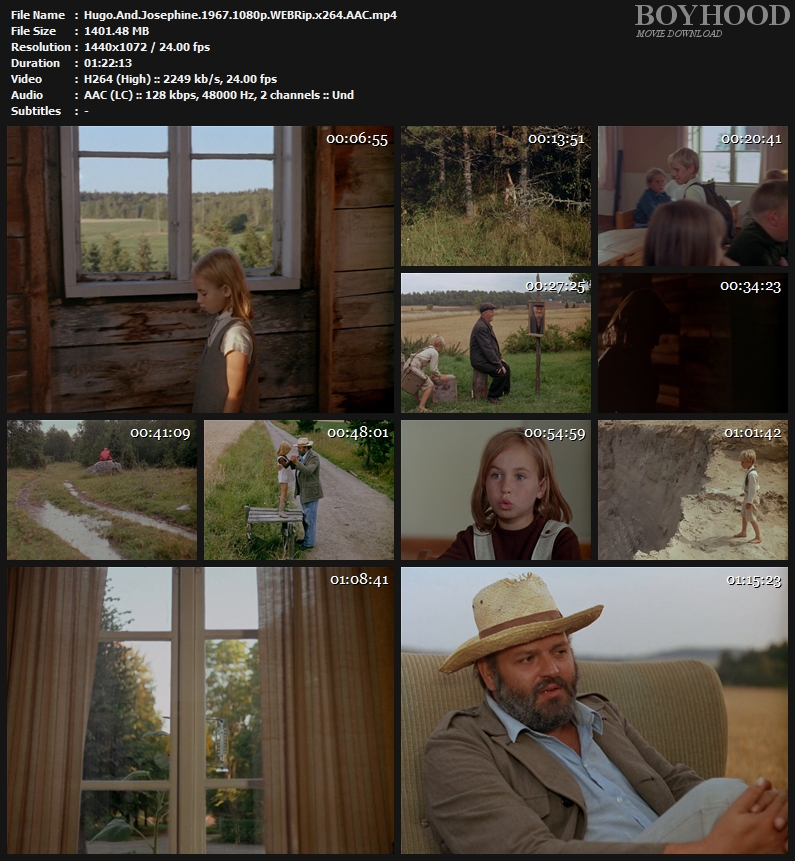