Johnny Blaze, a man who made a deal with the Devil who called himself Mephistopheles at the time (now Roarke), is on the run trying to make sure no-one is harmed by his alter ego, The Ghost Rider. He is approached by a Monk named Moreau who tells him that he can help be him free of the Rider, but first, he needs Johnny’s help to protect a boy, whom Roarke has plans for, to help him take human form.

This new ghost rider ignores the last one and and retells the origin story and also gives us a slightly new take on the Ghost rider himself. This time the Ghost rider is much crazier and a little bit spookier. They’ve rightly decided to drop the silly monster voice he used to have in favour of a more whispered tone. The ghost riders soul desire now is to destroy anything and everything evil. So when the persona of Johnny Blaze disappears you better start running if you’ve been a bad boy or girl.

The plot is perhaps a little too familiar. The Ghost rider is charged with protecting and accompanying a boy needed for an evil prophecy, an evil prophecy that also involves the demon that cursed Johnny Blaze. We’ve all seen this story line some where before but really it’s just the setting to let Nicholas Cage go crazy with the Freaky new iteration of the Ghost rider, and that is exactly what he does.

I was not a fan of the original, i thought it was a little too boring for a movie based on a character possessed by the spirit of vengeance. This one on the other hand has lots of action, being directed by the guys who brought us the Crank movies and Gamer I expected as much. The Ghost rider really takes it to the bad guys this time round and the final battle and highway chase are both pretty spectacular. We also see a couple of new powers, which was quite refreshing.

The CG is a little bit hit and miss sometimes it looks fantastic other times the way it is implemented is a little ropey. All round though the effects are pretty impressive and the new look of old flame head with the burnt and craggy old skull and the charred clothes is a much more appealing style for a character this dark.

The strangest thing for me is that this didn’t really feel like a superhero movie. It felt more like a revenge flick. Add to that the few truly bizarre moments like the scene when Johnny is alone in the Monks caves and you’ve got something quite removed from the standard. This is no bad thing in my opinion but it may put off some of the marvel movie fans out there. 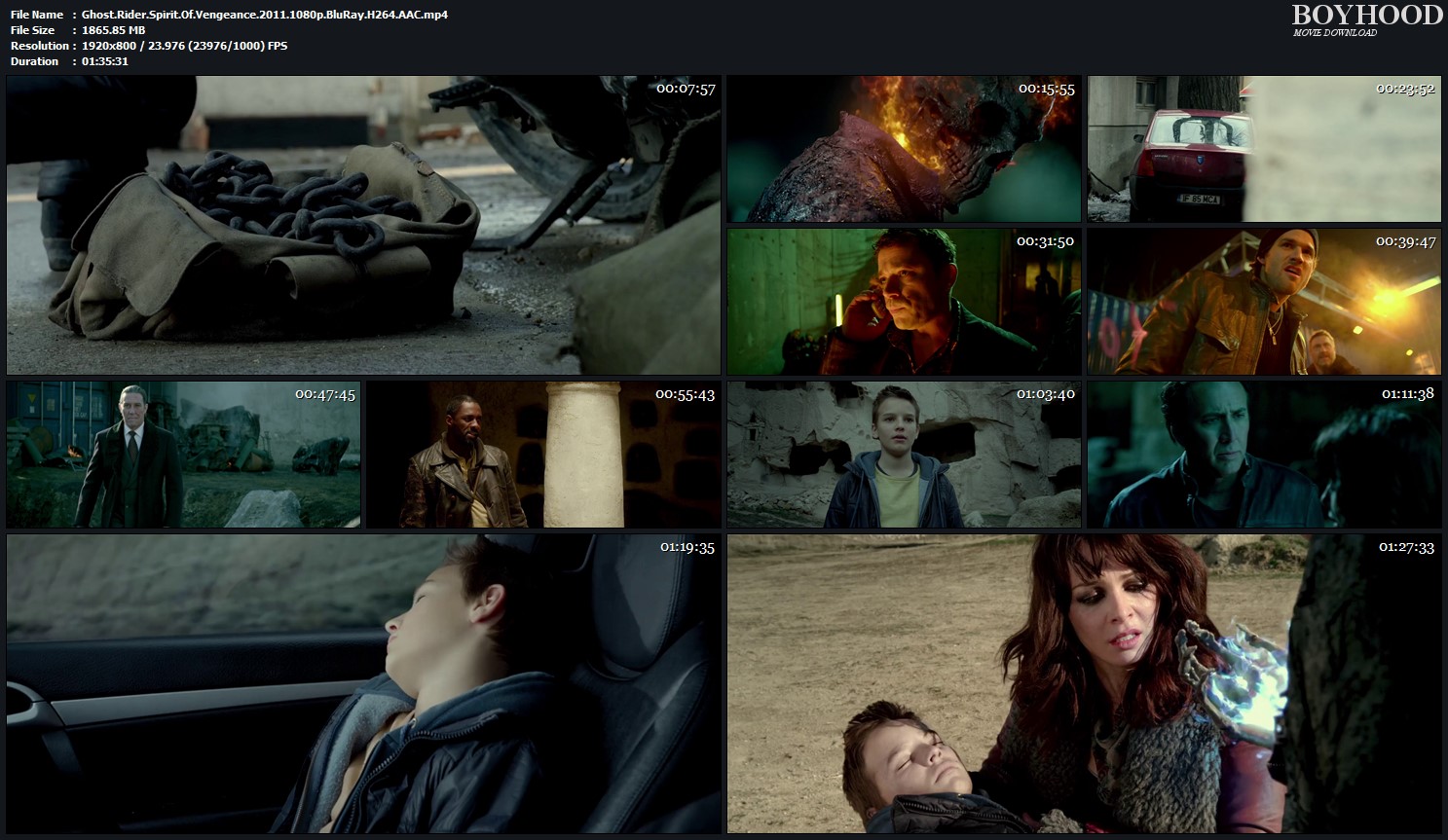