Based on J. G. Ballard’s autobiographical novel, tells the story of a boy, James Graham, whose privileged life is upturned by the Japanese invasion of Shanghai, December 8, 1941. Separated from his parents, he is eventually captured, and taken to Soo Chow confinement camp, next to a captured Chinese airfield. Amidst the sickness and food shortages in the camp, Jim attempts to reconstruct his former life, all the while bringing spirit and dignity to those around him.

This movie was a visual, character driven movie of superior quality, even for Steven Speilberg. Some say that Speilberg has too much the eye of a child, but I tend to disagree. Too many filmmakers today are producing slick, throw away action flicks that at first seem promising but eventually fall into predictable, fluff and special effects laden, thinly plotted, dialogue-poor, characterless movies that are gone before the popcorn. Yes, this film has a lot of great Special Effects (So did Schindler’s List.) Moreover, a lot of great action to keep the story pace from dragging. The idea of a movie is for the actors and directors to show their stuff (Hopefully around some good writing.) This movie did it for me. I have to agree with all those who praised Christian Bale for his performance in this movie. He was brilliant. In addition, I got to see Ben Stiller in an unusual role for him. I thought that John Malcovitch acted perfectly for this film and yes he was a Han Solo/Indiana Jones character, but with even less depth. His role was pivotal only in so far as it affected the boy. We were not as concerned with his character in so much as his shadow was cast on Jim through out the movie. The war was bigger than this little boy was and it was exquisitely done. Steven Speilberg gives us wonder, mystery, action, adventure and history in everything he does. He’s the consummate filmmaker. 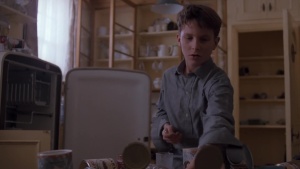 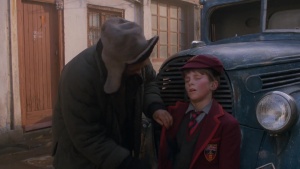 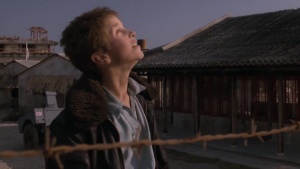 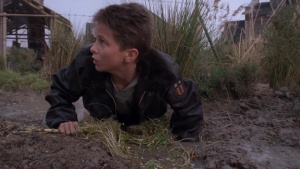