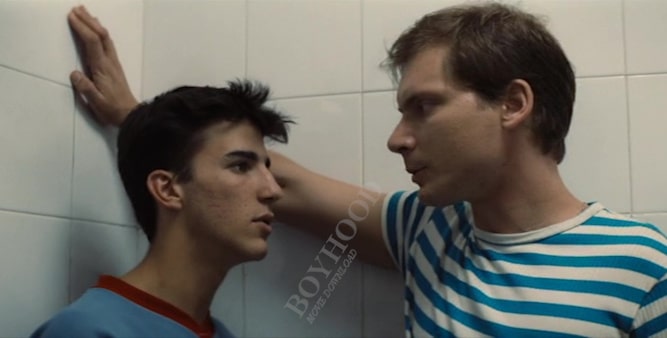 This short starts out interesting – the boy is an interesting character and at first you want to find out more about what makes him tick. However the story quite moves into several scenes of sweaty men having sex in a shopping mall toilets. These scenes are totally unnecessary and don’t add value to the character. I thought that the story was going to be a message film, however this film portrays homosexuals as highly promiscuous, lacking morals and unable to commit to a relationship. In fact the film’s conclusion is that the homosexual character, even when he is happily in a relationship, still likes to pick up men in toilets and have sex with them.

I don’t understand the point of the film – if I didn’t know better I’d think I’d think the film was designed to reinforce gay stereotypes. The teenager is actually very good in the lead role, it’s just a shame that it turns out that he hasn’t got a character to speak of. One Response to Doors Cut Down 2000