It’s not easy to describe this film to non-Germans, unfamiliar with either Max von der Grün’s children’s novel or those that are unfamiliar with Germany’s post-ww2 social issues. However, if you born after 1970 in (then) West-Germany, it is likely that you have read the book in school or saw the following film on TV.

The “Suburb crocodiles” are a group of teenagers, living in the western part of North-Rhine Westphalia (in Germany known as the ‘Ruhrpott’, the heart of the working-class proletarians). The clique refers to themselves as a “gang”, their “headquarter” being a transformed woodshed. While “defending” their club-house against adults and the children of foreign guest-workers, they get confronted with typical everyday tribulations, seen through the eyes of youngsters: unemployed parents, a gang of teenage burglars (who’s head happens to be the elder brother of one of the Krokodile), xenophobia (a group of Italian guest-workers, referred to by the locals as “Makkaronis”, blamed for said burglaries) and having to accept a new member, wheelchair-bound Kurt.

It is your typical adventure movie about teenage kids with some serious social issues which Germany – especially the Western part – had and has to deal with. However, both von der Grün and TV-veteran director Wolfgang Becker have found a balance between making a young-people’s film that enjoyable for the adult audience and at the same time educates the youngsters without patronizing or lecturing them.

The cast is altogether excellently cast, giving an extremely authentic feel to the film (most youngsters were laymen actors who would never again appear on screen). Watch out for a very young Martin Semmelrogge as thieving punk Egon, a few years before he would appear in “Das Boot”, get critical acclaim as one of the best actors of his generation and afterwards run his career into the ground.

We could compare the film to similar-minded kids movies like “Das Fliegende Klassenzimmer” or “Das Haus der Krokodile” but through directing and acting style, we’re more often reminded of Klaus Lemkes “Rockers”. What makes the comparison to “Rockers” even stronger is the excellent soundtrack. Let me say it this way: it’s rather unlikely you’ll ever see a children’s movie again that features songs by “Rainbow”, “Supertramp” or “Deep Purple”.

All in all it’s truly a cult-movie, a timeless classic and at the same time a very important film, that can still be enjoyed by youngsters and adults alike, even 40 years down the road – and if this last sentence made you feel slightly old, then you were born in the 1970’s. 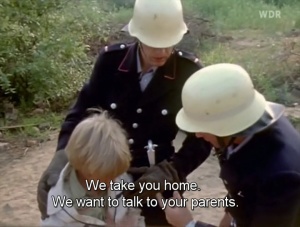 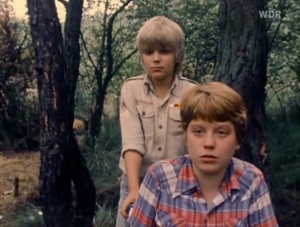 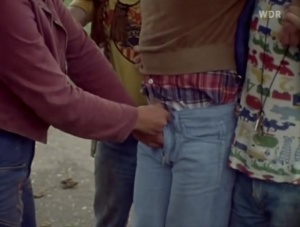 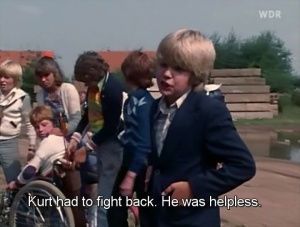 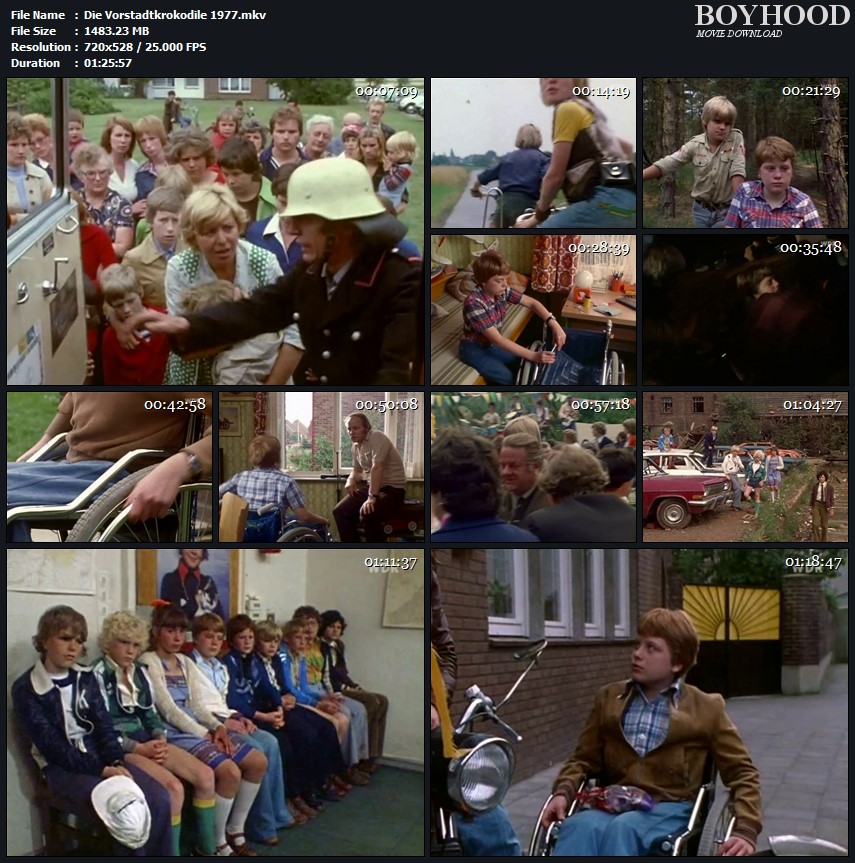