Benjamin is a 16 year old, paralyzed on one side of his body, with lousy grades in math, who switches to a boarding school to reach grammar school. Acclimatization to the new environment is difficult in the first place and he has to struggle with the various problems of coming of age, when he falls in love with the school’s dream girl Malen.

I think “Crazy” is one of the best teenage movies. It’s reality! You see all these, sometimes ugly, teenagers and you know that this is life. Hollywood films are so unrealistic. For example “American Pie”. I love that movie but all teenagers look like grown-ups and they are so beautiful. And if you see Nadia and Jim you know that in real life such a beautiful girl would never never never even speak with such a loser. I’m sorry, but that’s reality and that shows “Crazy”. The boys aren’t cool and don’t look like models. Also the girls. The film is melancholic just as life is and that’s the good thing on that film. (I hope my English isn’t so bad.) It shows real problems of a teenager not only the adventures or funny sides. But i think that because of this reality teenagers don’t like that film because the movie reflects their own problems and if you see a film you won’t be remembered on your problems. That’s it! 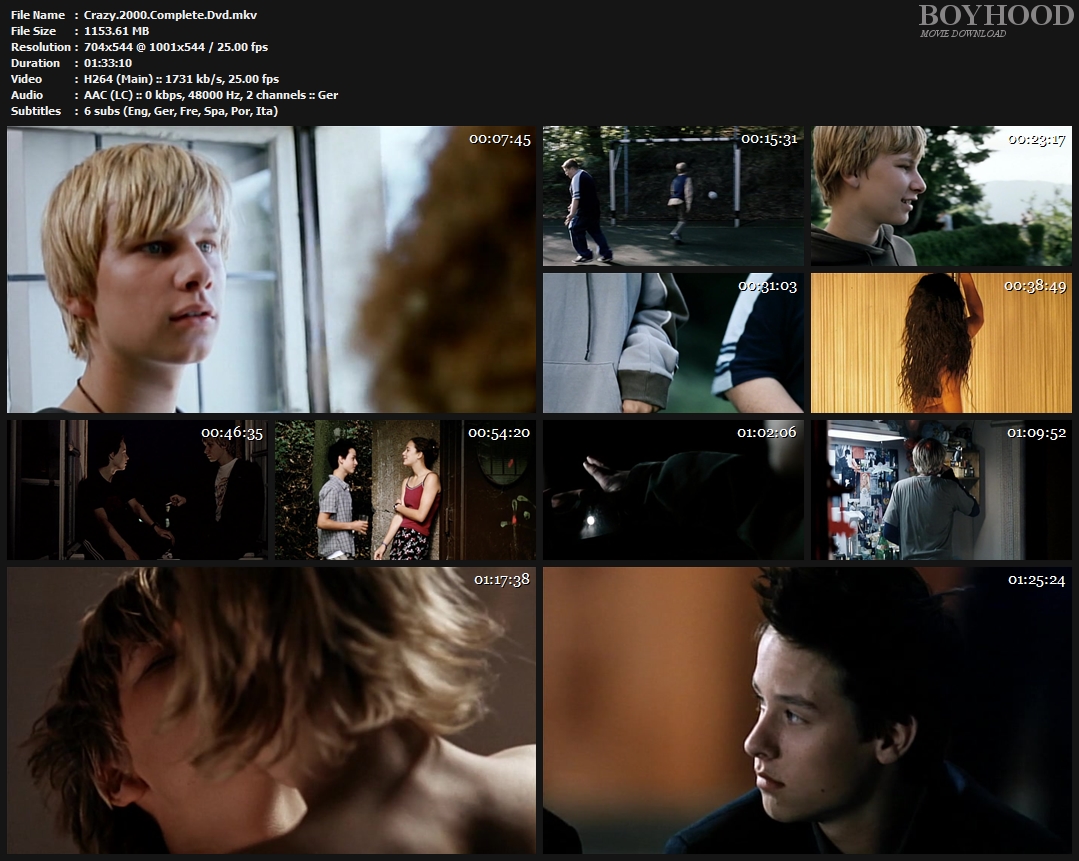