A disgraced member of the Russian military police investigates a series of child murders during the Stalin-era Soviet Union.

Child 44 isn’t the movie you watch for light entertainment. It is gritty and tough, and I found myself feeling a sense of absolute disgust for anyone and anything connected with the old school communist state in the USSR. It really makes you look at just how bad that system was and how monstrous the people were who enforced it on the general populace. Nonetheless, the story is compelling, although sometimes the thread jumps around a bit. Tom Hardy’s performance was his best ever. I think he warrants an Academy for it. Noomi Rapace was excellent – very authentic in her role. Child 44 is a dark thriller – and without giving anything away, the build up and hatred toward the serial killer really sticks you to this movie – you simply want the killer to get the most gruesome death conceivable for what he does. Apart from the Hollywood aspect, this film depicts reality. This is how life existed under Communism and I think that message is just as compelling and important as the rest of the story – because it really depicted the terror and the suppression that millions of people lived under in the name of some douche bag’s idea of “ideology”. May Stalin forever lay dead and remembered for only one thing – he was a murdering asshole. Watch the film folks – I notice that the ratings were low, and I think that is an unfair assessment about the quality of this production. 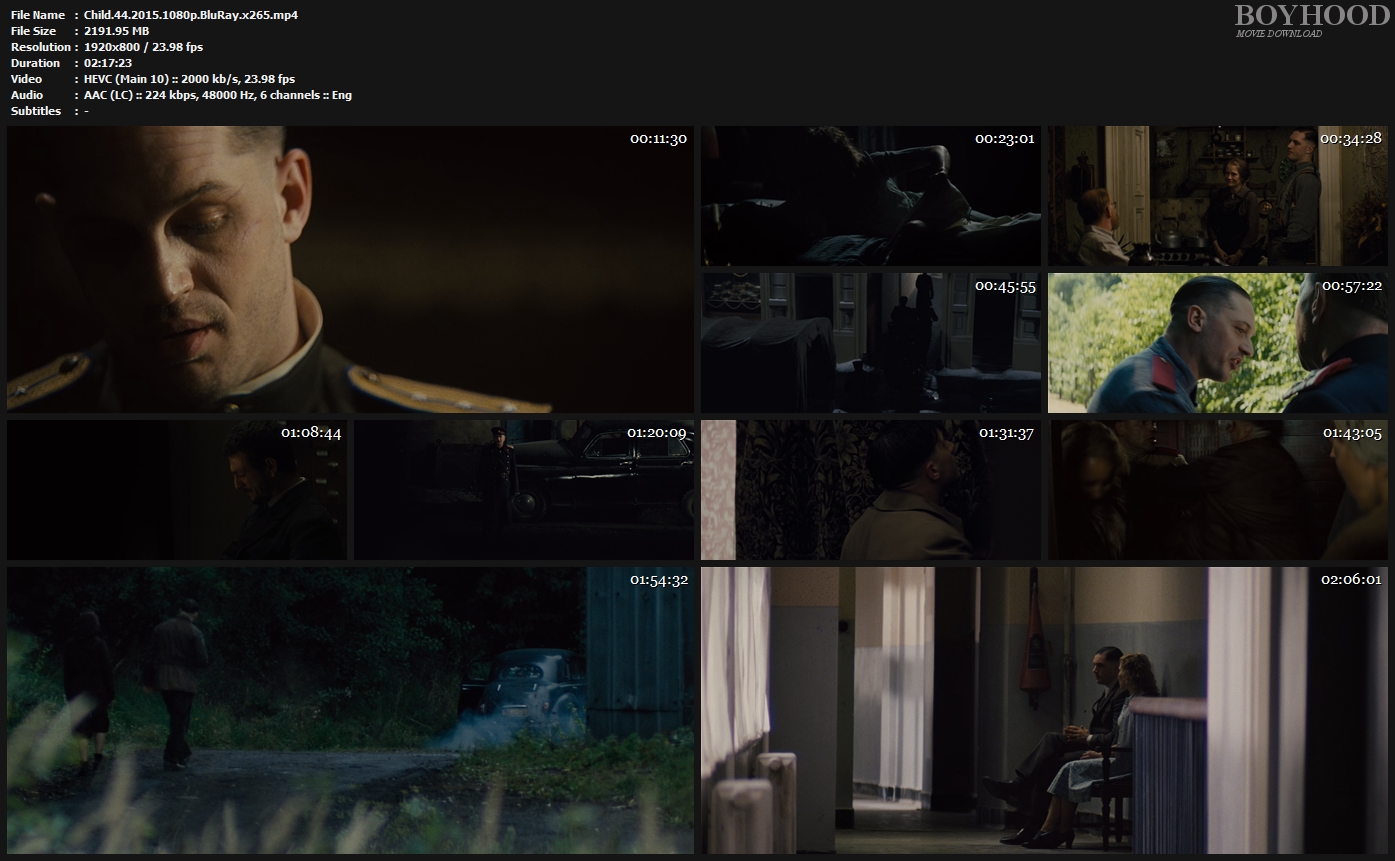