We are in the year 2001, a temporary ceasefire brings a much-needed break to a small war-torn village in Northern Nepal, bringing much joy among the residents. Prakash and Kiran, two young close friends, are also starting to feel the change in the air. Though they are divided by caste and social creed, they remain inseparable, and start raising a hen given to Prakash by his sister, with hopes to save money by selling her eggs. However, the hen goes missing. To find it, they embark on a journey, innocently unaware of the tyranny brought by the fragile ceasefire.

The events in this movie takes place in Mugu during the Maoist insurgency of 2001. the first thing you need to know about this movie is that the main characters don’t speak nepali as we know it. its hard to understand what they are saying and sometimes it feels like they are speaking a completely different language. There are nepali subtitles to help clear things out but if you are someone like me who don’t have much talent in reading nepali then you probably wont understand most of the dialogues which unfortunately includes punchlines, ongoing jokes and some serious poetic lines as well. But its alright if you don’t understand the dialogues because this movie speaks volumes through its visuals. Actually most of the storytelling is done through visual camera-work rather than dialogues. The cinematography is breathtaking and you cant really go wrong in placing the story against the backdrop of Mugu, which in itself is a very beautiful place.

The screenplay is brilliant, the acting top notch. Every character is brilliantly played. The child actors were specially good. There are very raw imagery of village life portrayed in this movie. and im surprised how dedicated these actors were to be involved in such a audacious project and to give their 100 % by sometimes even chewing on straws picked up from ground. and we thought Leo was a good actor just because he ate raw fish.

But what really amazed me was the score. the sound track is hauntingly beautiful and fits perfectly with the movie. Its ominous and sad and at the same time very thrilling and assuring. The sound quality of the dialogues and ambiance was top notch.the dialogue delivery felt very natural.

Now onto my gripes. what i really cant understand is why the director chose to film every scene in this movie from a static viewpoint. yes it works for sceneries as it gives a very cinematic look.But it doesn’t make sense to film people talking in that technique. specially because the acting is so damn good in this movie.It wouldve been really nice if he had filmed some dialogues in shot reverse shot or even over the shoulder. But i guess the director had a reason and logic behind it. maybe i completely overlooked it. Oh and why cant nepali filmmakers use proper gun props. The pistols used in this movie looks so damn fake its ridiculous.

Kalo Pothi is a Mud-esque tale about loss and learning to let go. It explores themes such as innocence, growing up, violence and the impact it has on people. 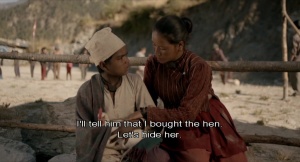 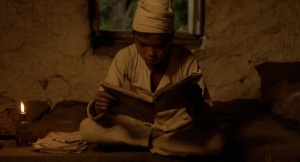 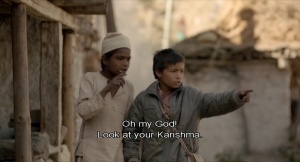 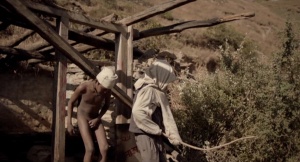 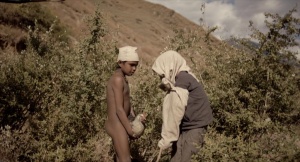 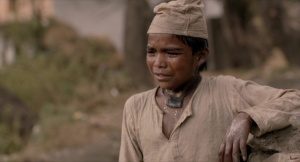 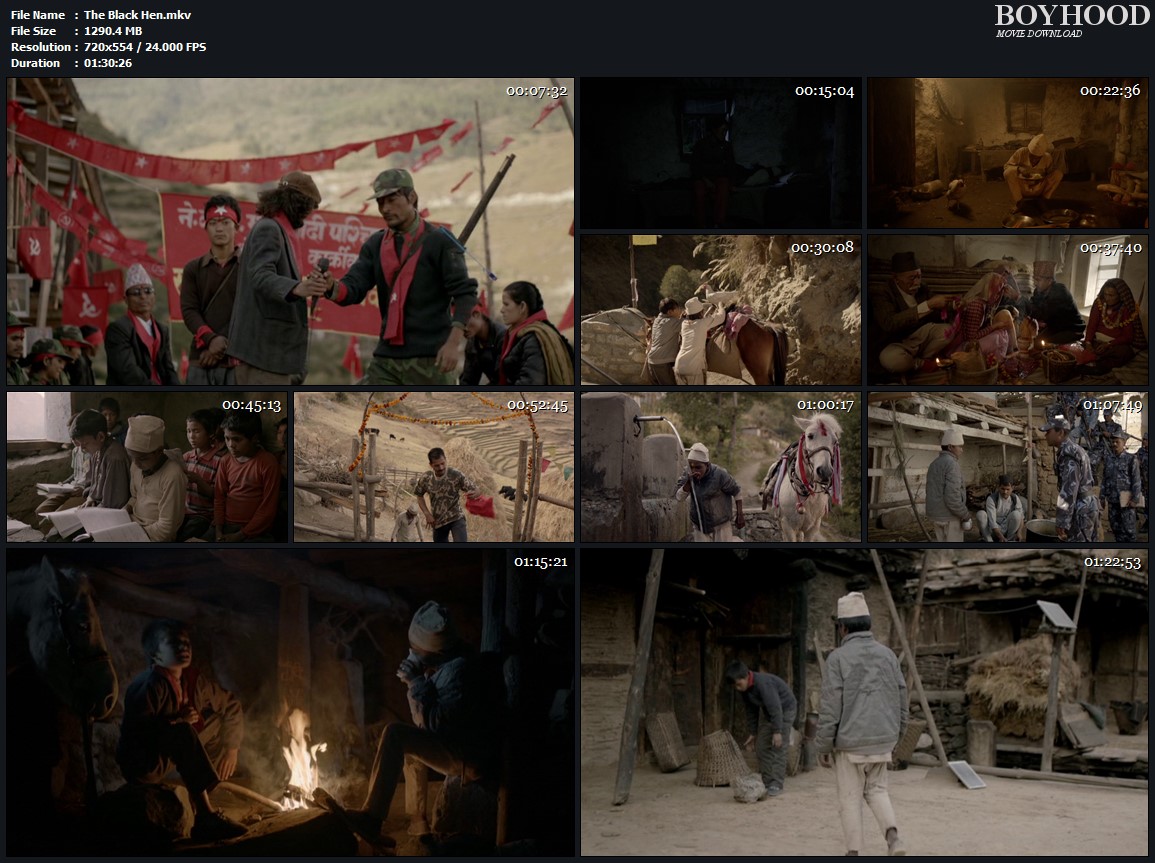 One Response to The Black Hen 2015