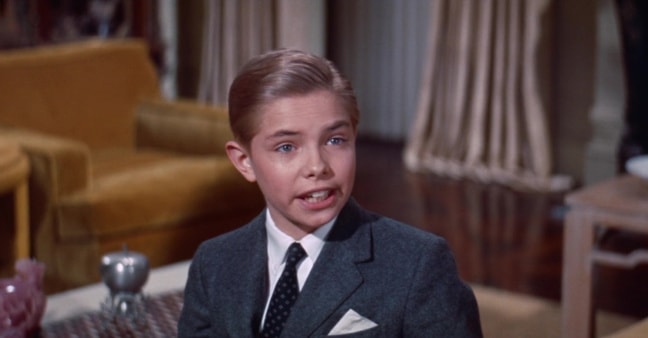 Mame is an unconventional individualist socialite from the roaring 20’s. When her brother dies, she is forced to raise her nephew Patrick. However, Patrick’s father has designated an executor to his will to protect the boy from absorbing too much of Mame’s rather unconventional perspective. Patrick and Mame become devoted to each other in spite of this restriction, and together journey through Patrick’s childhood and the great depression, amidst some rather zaney adventures.

This is one of the best films I have EVER seen, and I watch a lot of films, as I am sure most of you do. First, it is an excellent adaptation of the book. They managed to follow the story line extremely well. Yes, somethings were left out, but all and all, they did a great job. Second, Rosaline Russell rocks! It doesn’t matter what character she plays, she is fantastic, but she IS Mame, nobody can do it like her. Forget about the musical version (MAME) with Lucille Ball ( who is a great actress in her own right, but certainly not in the same ballpark with Ms. Russell). Third, it is not only funny, but heartwarming. The relationship between Mame and Patrick speaks volumes about what love should be, completely accepting of who the other person is, even if you don’t always agree with them or like what they do. Fantastic family film, fun for everyone. One Response to Auntie Mame 1958