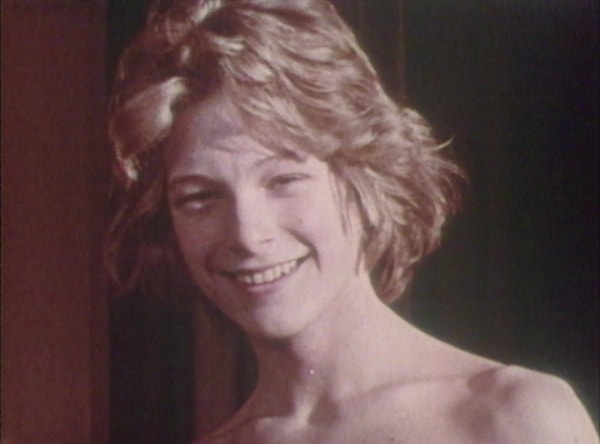 Documentary on Luchino Visconti’s travels and auditions in search for a young actor to portray the role of Tadzio in his adaptation of Thomas Mann’s novella “Death in Venice”, finally choosing Swedish actor Björn Andrésen.

Visconti’s credit as director of this short documentary is a misstatement. There isn’t a trace of Visconti’s elaborate artistry here and he’s obviously not directing anything; what we see are making-of-ish images of Visconti looking grave, tired and slightly bored as he travels around Europe (Munich, Budapest, Warsaw, Venice, Helsinki and Stockholm) with a small crew in the winter of 1970, looking for a 12-year-old boy to play the emblematic role of Tadzio in his adaptation of Thomas Mann’s novella “Death in Venice”. Visually unpolished (to put it nicely), “Alla Ricerca di Tadzio” plays like a TV newsreel, with a voice-over commentary full of grandiloquent remarks on Visconti’s oeuvre and excerpts of Mann’s physical description of Tadzio. The commentary is at odds with the images: the pompous words don’t match the improvised auditions in small hotel rooms with self-conscious, inexperienced young boys, most of them bluntly dismissed by Visconti with a grunt, a few of them earning “compliments” like “hmm, yes, pretty face”.

Especially ludicrous is Visconti’s disappointment with Polish boys (remember Tadzio was Polish in the novella — and in real life). Unable to find in Warsaw the Greek/Nordic living statue he is searching for — described by Mann as the 12-year-old owner of graceful body, golden hair framing a noble head with blue eyes, straight nose, majestic presence, a sort of preteen reincarnation of Antinous — he blames the demise of Polish aristocracy through successive periods of war in Poland for the rather “proletarian” appearance of the young Poles: a VERY politically-incorrect comment by that walking paradox Visconti (a Marxist aristocrat!)

Visconti’s insistence on a Tadzio that would perfectly match Mann’s description seems rather obnoxious: if he took significant liberties with Gustav von Aschenbach and the novella itself (not only by making Aschenbach a composer instead of writer, but also by borrowing passages and characters from Doktor Faustus, especially Carole André’s Esmeralda), why was he so particular about Tadzio’s physique?

Well, it turned out he couldn’t be THAT particular after all, because in a Stockholm hotel suite a miracle happens: enter Björn Andrésen for an audition and it’s like the midnight sun broke into the chilly room. Unmistakably Scandinavian in his perfect blond beauty, chiseled features, long limbs and gazelle-like grace, he’s older than Tadzio by two or three years, taller than expected and hasn’t REMOTELY got a Mittel-European physique. Yet, his audition is nothing short of spectacular: he faces — well, nearly melts — the camera with such bold, precocious sexiness and complete self-confidence you can feel the room temperature rise; he’s a natural, born to be stared at. Visconti realizes he’s got something extraordinary and orders him to take off his shirt (it was the 70s, folks). Björn reacts with an incredulous expression as in “did I hear right?”, only to sportingly acquiesce a few moments later with a knock-out smile. Even if Björn seems alarmingly aware there’s something obviously wrong in being photographed by middle-aged men in mid-winter in a hotel room wearing nothing but briefs, his spontaneous, fantastic appeal shines through entirely — it’s all there, he IS the perfect Tadzio even before Visconti’s direction. The rest is movie history.

In 2005, Björn Andresen turned 50 (oh time, time…) and gave a few interviews — you know the sadistic game of the press, “let’s see how old and used up he looks now!!”. And so he complained how he felt abused by Visconti, who took him to gay bars and parties to “publicize him”, exposing him to the gay scene when he was barely 15, turning him into a gay icon overnight, which made Andrésen — a heterosexual teenager — understandably confused and rebellious. Furthermore, he states that Visconti never again employed him as an actor or helped him get acting jobs. Feeling traumatized by the whole experience, Björn went on to make a few minor Swedish movies, got married, faced the tragic death of his baby child by Sudden Infant Death Syndrome, experimented with drugs and alcohol, is now out of work as an actor and trying to make a living as a piano player…in other words, a troubled life of unfulfilled promises. His face doesn’t bear a single trace left of his former beauty, he now looks haggard, prematurely wasted, deeply wrinkled, completely unrecognizable. But despite the fact the he wasn’t the Tadzio Visconti originally had in mind (was Visconti looking for a 12-year-old Helmut Berger?), Björn Andresen will forever be — for better or worse — the one and only embodiment of Tadzio for all of us moviegoers. More than that: since the opening of “Death in Venice” in 1971 it has become impossible to read the novella and not think of Andrésen as THE incarnation of perfect pubescent male beauty haunting Thomas Mann’s alter-ego Gustav von Aschenbach.

“Alla Ricerca di Tadzio” ends with a commentary that is objectionable and disrespectful — and scary. The narrator declares in a bombastic tone: “Visconti has found at last his Tadzio in Björn Andrésen. But why should we still call him Björn? From this moment on he is simply Tadzio, and that’s that — È TADZIO E BASTA!”. If you see this documentary today, you’ll feel chills up your spine when you hear that last remark, that turned out to be a prophecy — and a curse. 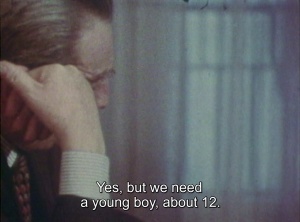 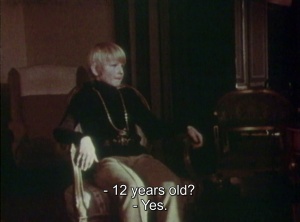 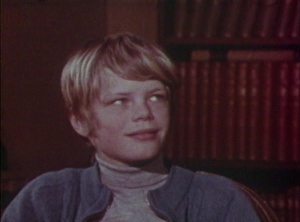 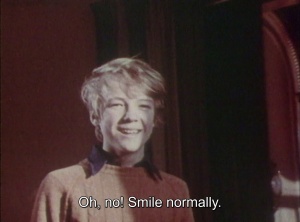 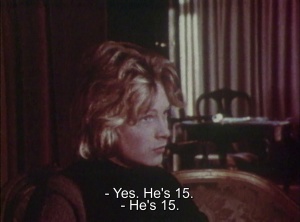 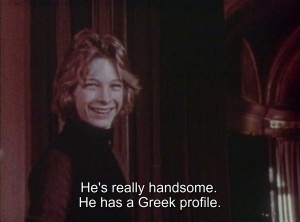 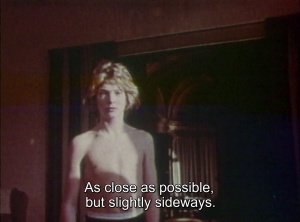 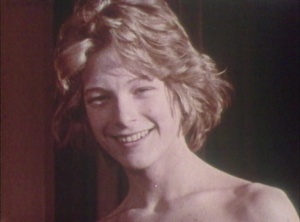 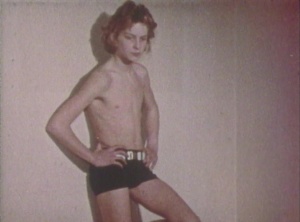 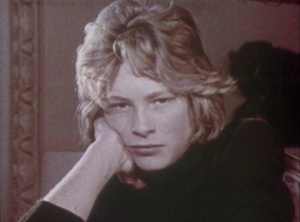 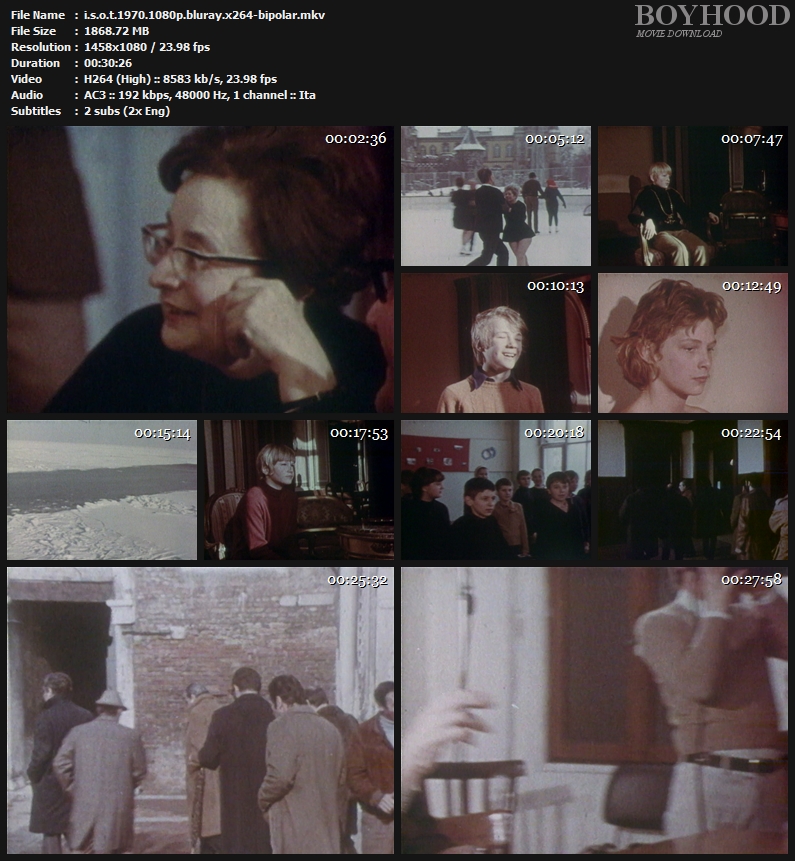