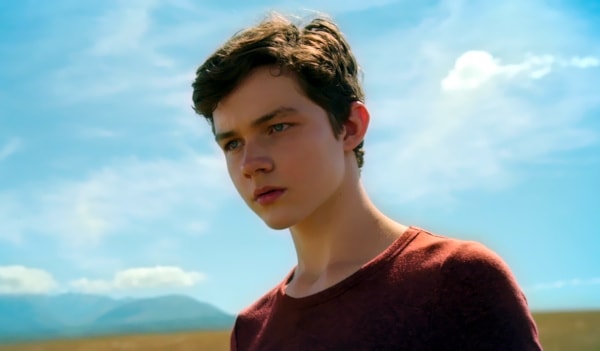 Following the discovery of a new form of space travel as well as Meg’s father’s disappearance, she, her brother, and her friend must join three magical beings – Mrs. Whatsit, Mrs. Who, and Mrs. Which – to travel across the universe to rescue him from a terrible evil.

I was excited when this was announced as this was one of my favorite books growing up and I still enjoy re-reading this series. However, I also kept saying “I hope Disney doesn’t screw this up again,” after the travesty TV version they made in the early 2000s.

Lo and behold, they managed to screw it up again.

Let’s start with the few bright spots (and calling them bright spots is even generous). First, I did enjoy the visual depiction of the tesseract. Also, the casting was pretty good. Storm Reid was well cast as Meg, and Mrs. Who and Mrs. Which were also portrayed well, despite that they drastically downplayed Mrs. Which’s character.

Now, the bad (and there is a lot of bad). Mrs. Whatsit was changed into a completely negative character who seemed completely inept and pessimistic. Important points in the book (Ixiel and Aunt Beast, for example) were completely ignored and given only cursory mentions so fleeting that you barely even notice it. The Man with Red Eyes is turned into marionette who literally collapses on screen. I get that in the novel he was a “puppet” of IT, but the depiction in the movie was laughable. The ridiculous storm scene when they first arrive on Camazotz came out of nowhere and was so ridiculously portrayed. First, they’re struggling to find Charles Wallace, then they go through this ridiculous storm sequence, and when they make it over this wall (which again, was nowhere in the source material), that concern for Charles Wallace is completely gone until he pops out of nowhere saying “here I am.” And are Meg and Calvin relieved to see him? Nope. It’s more like “meh, okay.” The movie completely left out how Calvin and Dr. Murray got back from Camazotz. All of a sudden, they’re just back. Poof, no explanation.

I get that certain stories require work to adapt: I didn’t get particularly outraged with some of the changes “Prince Caspian” and “Voyage of the Dawn Treader” made in the Narnia series because those were short novels whose structure required adaption to make them cinematic. I wasn’t necessarily pleased with all of them, but given the structure of the books, it was understandable that some work had to be done. “A Wrinkle in Time” was different. It’s a very linear story which already was very cinematic and could easily translate itself from page to screen. But instead of a faithful adaption, the filmmakers decided to ignore 90% of the source material.