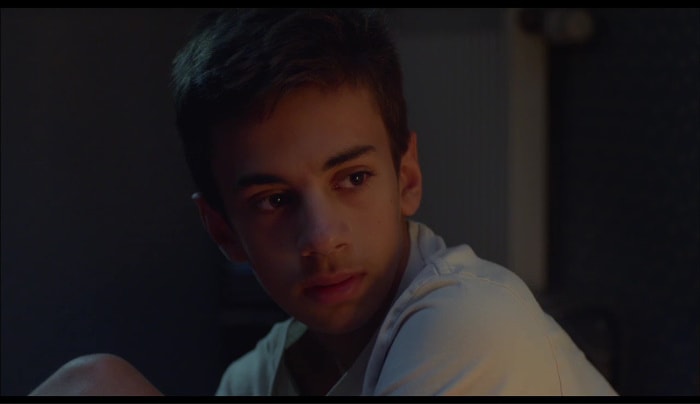 In the burning heat of July, Thomas and Victor, two 14 year old teenagers, are bored to death and want to escape. Victor decides to take Thomas to an abandoned bridge. Timorous, he follows him. He will have to confront his fears and desires along that bridge whose end is uncertain.

Erik is a young skateboarder who keeps an eye on his sister’s boyfriend. Erik does everything to attract the boy’s attention …

Fifteen-year-old Howie loses just about everything and everyone in the space of a single week, but ends up finding himself in the process. His mother has just died. His father, a building contractor, can barely keep tabs on his young girlfriend, let alone his own son. Thusly, the teen must navigate his adolescence virtually unsupervised. Floating towards an ill-behaved existence, Howie and his crowd begin robbing houses in the middle-class neighborhoods off the Long Island Expressway. Together, he and his best friend Gary break into a place belonging to an old guy named Big John, a local man who is a respected pillar of the community. When Big John fingers Gary for the crime, Howie learns that his pal has been leading a secret, dangerous but also alluring double life. Subsequently, we also discover that Big John has secrets of his own.

In 1995, Jonah is proud to be the loner at the teen mental health clinic. But when a new patient, Richard, is admitted and the boys are forced to share a room, Jonah finds himself forming a connection despite himself. But will their bond be strong enough to protect them from the darklings that hide in the night shadows?

Victor has just moved to Quebec with his mother. His continual late at his new high school, and his behavior frequently lands him in the principal’s office. One day, he witnesses a violent event that will turn his life on its head and lead to him losing all bearings. Between France and Quebec, life and death, virginity and sexuality, adolescence and adult life.

Upon discovering his 11-year-old son Xavier’s attraction to boys, Nicolas follows the growth of his son in a respectful way. Over their shared love of music, the film culminates in a simple proclamation of a father’s unconditional love.

Inside a drab middle school in 1992, a sexually-confused eighth-grader attempts to regain his dignity after being bullied by a sex-obsessed ‘cool kid’ whom he privately fantasizes about.

Eugenia is a former pop singer who is bedridden and dying of cancer. Her 19 year old daughter Helena dreams of traveling the world and learns foreign languages at home and wishes she could be a glamorous pop star like her mother was. Helena cares for her mother with the help their house maid Chaya who also keeps the aging house in working order. Sebastian is Helena’s teenage brother who attends a Catholic high school run by a Monsignor who plays classical music over the loudspeakers thinking it will calm down the boisterous kids. Sebastian’s dreams are simple and he merely wants to move to the beach. Helena is smart and pretty but she has no friends, male or female and is totally devoted to her mother’s care and is also on the verge of initiating an incestuous relationship with Sebastian. Sebastian however, is falling in love with a boy at school named Juan who is the school roughneck and the son of a single father who owns a little bar…