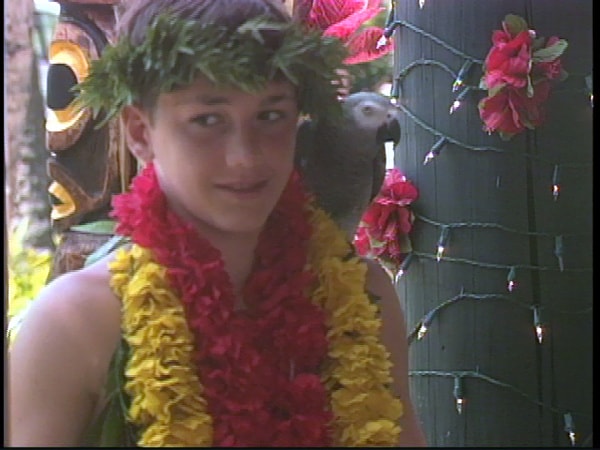 15 year old Nico visits Hawaii and makes friends with David C. Naughton. Nico and the audience gets a tour of the beautiful state along with lots of surfing.

Iki Haole (E-kee HOW-lee), native Hawaiian for “My Little Foreign Friend,” is the story of a 15-year-old Romanian kid on an adventure in Oahu. The movie stars Nico Almason (not pictured above) playing himself. Early on, a local boy named James, played by David Naughton, steps in to protect Nico from an angry surfer and, soon, the two become fast friends. Ultimately, they explore the entire island together, presenting leis to one another, eating pineapple on a plantation, swimming under a waterfall, exploring a legendary cave, practicing the hula, body-boarding, rafting, and skinny-dipping on a secluded beach.

Let me be frank. This movie is an easy one to give up on. At first, it seems like a low-budget surfing travelogue—just a teen wandering around Hawaii’s beaches, coves, and pineapple plantations with an older local. (Yes, it’s puzzling why a 15 year-old Romanian kid would be alone in Hawaii, but, hey, it’s a movie, so don’t ask.) Indeed, despite the movie’s modest 53-minute length, the director had to resort to surfing scenes for filler. But don’t give up on it. Here’s why.

First, Nico Almason is an incredibly likable kid and is unquestionably Romanian as billed. His accent is Romanian. He has common Romanian first and last names. And he is the only boy in the entire film wearing a Speedo—a staple of Eastern European males when swimming.

Second, the movie provides a beautiful tour of Oahu. It reminded me of my own visits to many of the same spots when I was 26.

Third, the movie takes a joyous look at young male bonding. The affection that develops between Nico and James is brotherly in nature and will be particularly appealing to gay viewers. The boys are in frequent physical contact—hugging, dancing, horse-playing, butt-slapping, and chasing, and there is full frontal and rear nudity during a prolonged skinny-dipping scene. None of this, however, could be depicted with more innocence or playfulness. Any sexual suggestiveness will rest only in the mind of the beholder. The movie leaves it at friendship.

Finally, the movie has an emotional conclusion that drives the movie’s rating higher in my view. I won’t spoil the ending. Suffice it to say that James decides to surf a powerful storm wave as young Nico watches from the beach. The climax features a video review of the boys’ adventures together accompanied by a stirring piano composition by Matthew Ly…one ever-so-slightly reminiscent of Pachelbel’s Canon in D.

This movie will leave you in a far different state than you thought you would experience in the early going. Just give it time.

In case you’re interested, here is more detail about the key filming locations that I added to this page:

1. NICO PHOTOGRAPHED WITH PARROTS. At the start of the movie, Nico is photographed wearing Hawaiian garb and holding four parrots in downtown Honolulu’s famous International Market.

4. MEETING JAMES. While body-boarding for the first time, Nico accidentally snakes a wave from a local and is confronted on the beach as James steps in to protect him. The boys’ chance meeting takes place just below the pier at the head of Kapahulu Avenue at this Google Earth location: 21 16 15.79 N 157 49 23.63 W

6. CAVE SCENE. The scene where Nico hurts his foot in a cave and is carried out by James takes place at the Kaneana Cave, also known as the Sharkman Cave, located along the Farrington Highway on Oahu’s western shore at this location: 21 31 12.11 N 158 13 39.32 W. (James alludes to the shark man as the boys enter the cave.)

8. RAFTING AND SKINNY-DIPPING SCENE. The rafting and skinny-dipping scenes take place on the Kualoa State Park Beach at a small point at precisely this Google Earth location: 21 30 30.52 N 157 50 19.15 W. 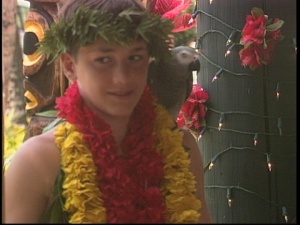 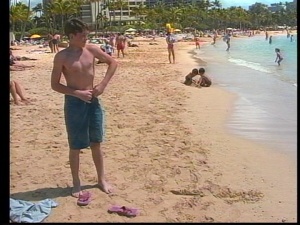 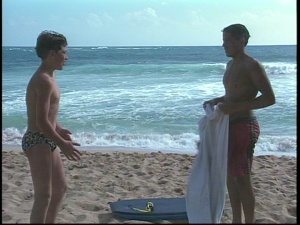 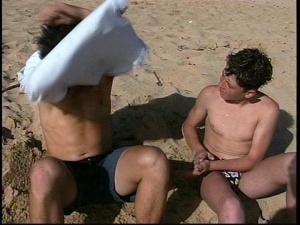 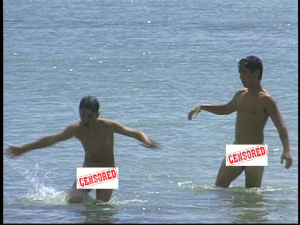 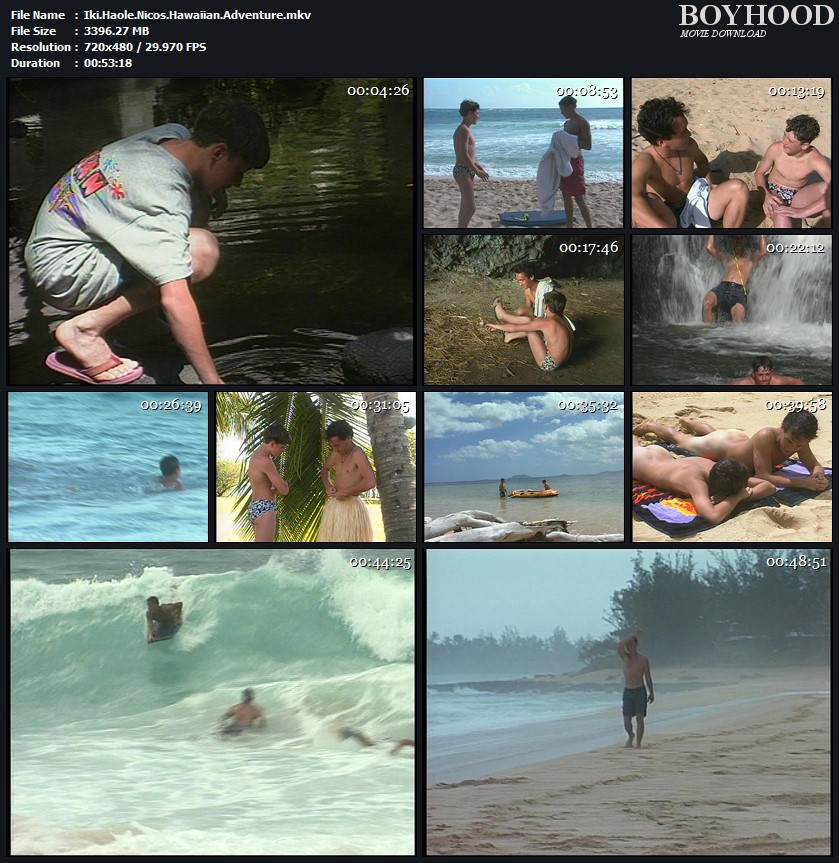